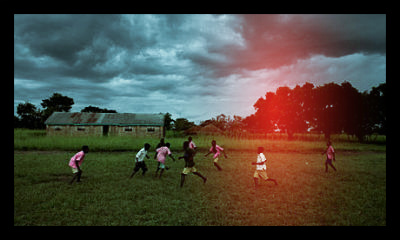 For years, Africa has waited in vain for an agricultural revolution. Without consistent data on water availability, farmers have struggled to cope amidst the African landscape. A complete understanding of water availability is crucial for crop planning. However, the continent has never been fully equipped with the infrastructure necessary for agricultural success.

Regional planners have never had the data necessary to plan and invest in such infrastructure. Without adequate hydro-meteorological networks, planners have little information on water availability or weather patterns. These networks are disproportionately in North and South Africa, leaving much of central Africa in the dark. 1 in 4 existing stations in East and South Africa do not even work.

Africa lacks these networks because they are expensive (around $15,000 each). When a government has $15,000 to spend, it is often spent on matters of more urgent importance. Moreover, these networks require a skilled staff – something which is hard to find in the rural communities in which they are based.

Together, Delft University and Oregon State University (OSU) came up with a solution. Teaming up with 14 other universities and institutions, Delft and OSU started the Trans-African Hydro-Meteorological Observatory (TAHMO) network. The network will be comprised of 20,000 stations across Sub-Saharan Africa, which should be completed by 2018.

The stations require almost zero-maintenance and costs only $500. They will measure for standard variables of climate, such as temperature, humidity, radiation, wind speed, rainfall, and more. The stations will most likely be based at secondary schools, which will receive training materials and money for simple upkeep. In addition, Delft created curriculum to teach the children about the weather, climate, water and management.

The network, however, will not be cheap. The network will require $5-7 million per year and hopes to eventually be self-sustaining. Despite the efforts of international donors and governments, the network will need a lot more support.

Many companies that could utilize the data collected through the TAHMO network, are looking to partner with Delft and could eventually become monetary sponsors of the network. The network could prove beneficial for other industries, such as micro-insurance, aviation, hydropower, and navigation.

Ultimately, the stations will not only educate a generation about weather conditions, but it will also provide climate scientists with a large amount of new data, which they can incorporate into their studies. A comprehensive database of the African climate would improve food production and harvest predictions.

This could lead to smarter farming, higher crop yields, and less food scarcity. The database will be available in a variety of forms – mobile phones, radio, and television – making it easier for local farmers to anticipate poor weather conditions and protect their crops. TAHNO is committed to the open exchange of all data collected between scientists, governments, farmers and civilians.

The TAHNO database and the free exchange of information between African farmers will improve the agriculture industry in Africa and hopefully lead to greater food availability.