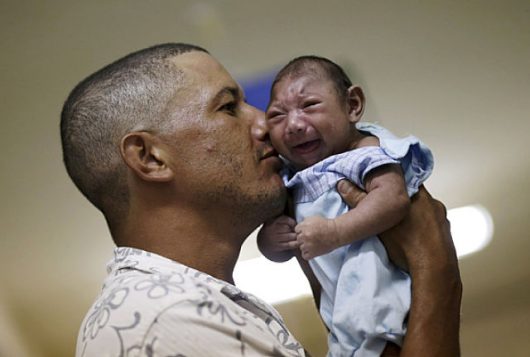 The zika virus is a mosquito-borne infection that — although relatively harmless to adults who catch it — can irreparably damage unborn children and cause microcephaly. A pregnant woman who contracts zika will show minimal signs of sickness, such as a fever or rash; her child, however, will be born with microcephaly — a disease that causes abnormal brain development. The child will most likely never lead a normal life.

Zika has often been referred to as a ‘disease of poverty,’ because it falls under the sect of disease that are significantly more widespread among impoverished communities. An epidemic is also costly for the country affected. The total cost of the Zika epidemic in Latin American countries is estimated to be around $7 billion.

The first reported cases of zika in Mexico occurred in November of 2015. When a mother contracts Zika and gives birth to a child with microcephaly, it puts a great financial and emotional strain on the family. With a zika-impaired child, the parents are unable to go back to work as soon as they would with a healthy baby, or continue to work as much as they were able to in the past.

Poor households in Mexico have the greatest likelihood of exposure to the virus and they generally tend to be the least able to handle the effects. Women in impoverished communities are not likely to have access to healthcare services that can protect them from contracting zika. In addition, the female populations in these areas are also not likely to have the resources to take care of a child with microcephaly.

Zika also has the potential to widen gender gaps in Latin American countries such as Mexico, as it creates a higher demand for women to stay home to care for impaired children. In cases like this, women may choose to give up working in order to become full-time caregivers for their children with microcephaly.

Access to proper housing and sanitation can also influence the risk of getting zika in Mexico. Low-income areas also do not typically have quality healthcare systems, and due to such factors numerous impoverished people bear the brunt of disease epidemics like zika. For pregnant women between 2015 and 2016, over 5,000 cases of Zika in Mexico were reported, although it is likely that thousands of cases in rural areas went unreported.

The Fight Against Zika in Mexico

Before zika spread to Mexico, the incidence of microcephaly in infants was 3.7 per 100,000 births; after zika was introduced, that number rose to 11.7 per 100,000. Women were weighed down more and more by the pressures of pregnancy and childcare — specifically in low-income communities — and the lack of resources available for improvement only worsened matters.

The epidemic of zika in Mexico has ameliorated significantly since the days of 2015. As of 2017, Mexico’s Secretariat of Health reported only 602 confirmed cases of zika in pregnant women. Now, thanks to a greater awareness of the dangers and effects of the disease, the people of Mexico can better protect themselves and their children from life-changing viruses such as zika. But as with any health concern, preventative measures and proactive efforts domestically in Mexico and abroad to keep zika in Mexico at bay.