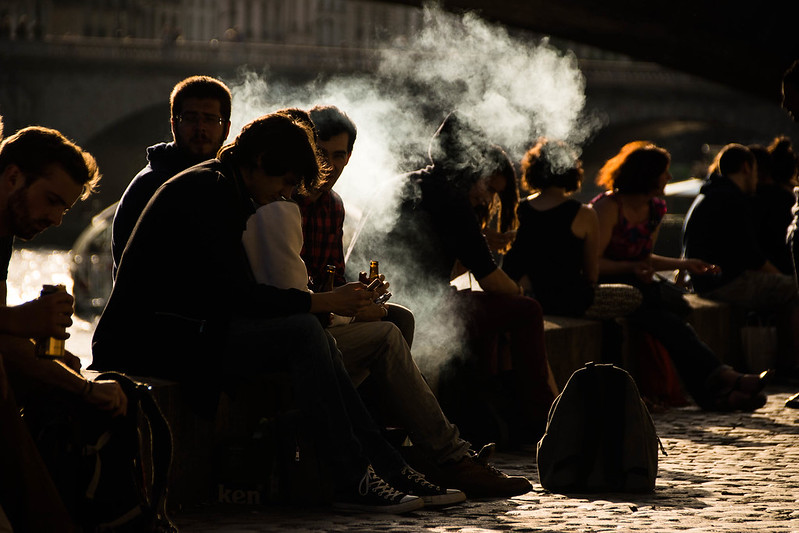 Children are among the first victims of poverty. Even in France, one of the world’s most affluent countries, child poverty is still a serious issue today, if not an increasingly urgent emergency. Here are six facts about child poverty in France.

6 Things to Know about Child Poverty in France 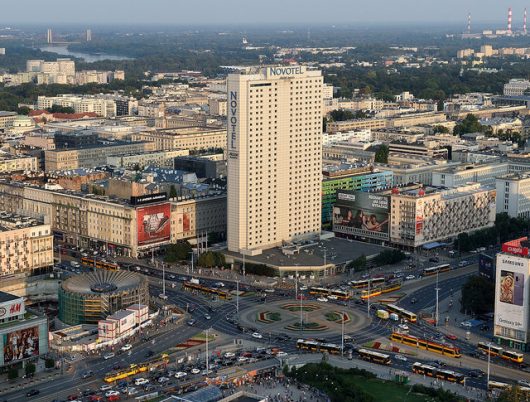 Poland’s future is in jeopardy. More specifically, the future of Poland’s youth is in jeopardy. While the country is dealing with difficult poverty issues, the youth of Poland face uncertainty in job perspective. Detailed in this list of the top 10 facts about poverty in Poland are the contributing factors to today’s crisis, as well as possible improvement in the future based on the projected increase of foreign aid to Poland.

Top 10 Facts About Poverty in Poland

Poland’s poverty crisis is not quite at a catastrophic level. The people are surviving and the government is acknowledging the crisis. These top 10 facts about poverty in Poland attempt to show the spectrum of issues and possible solutions for Poland. Poland’s government, as well as the U.S.’s foreign aid system, can help the underprivileged and prevent this situation from worsening. Although it is banner global news that the U.S. embassy has reopened in Cuba after 50 years of nonexistent relations, young Cubans are less than thrilled about the development. A reestablishment of an American-Cuban relationship may change the political/economic environment for some higher-ups, but it is unlikely to change anything for a young generation in Cuba that faces daily turmoil.

Despite much buzz surrounding the shift that is underway in the country, a sense of cynicism remains among the Cuban youth who believe that the ideals of Fidel Castro’s revolution are dated and irrelevant in the modern age. Hope of prosperity is shrouded by the belief that the Cuban government will not possibly allow young lives to change.

“Change? My life won’t change,” said 17-year-old Yunior Rodriguez Soto, gesturing to the dilapidated basketball court that surrounded him as evidence. “[The government] won’t let it happen […] That’s just how they are.”

The youth are open to political freedom and socioeconomic reform, but due to the Cuban government’s desire to maintain control and reach the highest possible level of national economic success, it is unlikely that changes will trickle down to their level.

Efforts of the government to balance economic growth with state control are causing private sector development to be difficult. Thus, the overgrown public sector is failing to persuade young people to stay in Cuba and start families. They have no guarantee that if they work hard they can support themselves and their children.

Government prices make buying products difficult for small business owners, and Cubans are often forced to turn to the black market in order to get the supplies they need at affordable prices. This black market activity does little to bolster the national economy.

While many developing nations see large youth populations, Cuba faces a serious demographic problem in their lack of young people. Approximately 20 percent of the Cuban population is over 60, making it the oldest Latin American nation, on average. Like Japan and the nations of Northern Europe, Cuba is a society struggling to support their older citizens without a thriving youth population on the economic rise.

There is evidence of a growing Cuban economy–new bars, clubs, and restaurants opening daily in Havana. But the lives of many Cubans have barely improved. The citizens opening these establishments were better off to begin with than many living on the streets. As one young Cuban remarked “the only way to see change is to make a boat and sail off.”

Cuban citizens want the change in their country to be immediate and to live up to the hype, but officials continue to insist that steps toward change will be gradual and take a while to pay off.

Cuba faces a conundrum–it is the youth that they most need to be involved in order for the country to prosper, but it is the youth who are least optimistic that the nation can change. The young people of Cuba, like those in other countries, on the whole are not overly interested in politics. Without some inspiration, it is unclear when the Cuban economy will see any significant change for its impoverished youth. 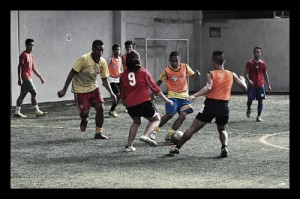 The second Street Child World Cup has officially kicked off as of March 28 where it first originated in Rio de Janeiro, Brazil.

With the excitement surrounding the highly anticipated FIFA World Cup, the Street Child World Cup was set to precede FIFA.

The Street Child World Cup is an event made to focus on the plight of street children around the world while incorporating their love of soccer and arts to share their experiences with one another as well as bringing awareness to the public.

You may be asking yourself, what is a street child? The answer is as simple as the name sounds. A street child is a child forced to live a life on the streets doing whatever they can to survive with poverty more often than not being the heart of the problem.

Many street children are without homes or even families to go back to. Some have been torn away from their families during the outbreak of a war and others have lost their parents to HIV/AIDS.

There are also those children who are left to live a life on the streets as a means to provide for their family the best they can.

Warchild.org reports that the number of street children in the world is estimated to be over 100 million. To put this statistic in perspective, that is nearly one-third of the United States population.

The Street Child World Cup is more than just a soccer game where children around the world gather together. It is a global campaign to bring recognition to a marginalized youth and push for the protection of an easily overlooked group.

This 10-day event brings together teams of street children from up to 20 countries that will get the opportunity to interact with one another throughout the various workshops hosted.

In fact, rather than making the games the main focus, the campaign provides children with a creative outlet enabling them to express their plight through various workshops.

The workshops offer something for all of the participants ranging from technology based workshops, to the choir, photography, cooking, yoga, etc.

This campaign is being used to challenge the negative perceptions and treatment of street children around the world.

Street Child World Cup places the hardships that street children endure everyday at the forefront of the public consciousness by putting street children in the spotlight as media coverage and interest levels rise around the soccer games.

UNICEF reported that one billion children are deprived of at least one service essential to development and survival. Street children fall under this category all too well.

The Street Child World Cup gives the children a place to escape the dangers that have unfortunately become just another aspect of their lives. The youth who have grown up saturated with extreme jihadist ideology will form a criminal generation that poses a threat to not only their country, but to the world.

Children, almost exclusively young boys, are targeted by terrorist groups to be trained to be military-minded from a young age for several reasons. Most importantly, they are easier to persuade and control. Many recruited children are orphans who have grown up in conflict zones. The inclusion in a powerful group gives them the illusion of acceptance.

Children can also move around unnoticed much easier than adults; they are more likely to be overlooked in a situation where a man might trigger caution, and soldiers often hesitate to shoot them even if they know the child is carrying explosives.

Most importantly for recruiters, children who are trained as extremist soldiers will grow into adults willing to kill and die for those same ideals and will offer up their own children to the same training. Cairo University psychology professor and family relations consultant Waliyuddine Mukhtar says that “As a result [of their intensive training], years from now, a new generation of youth will emerge and pose a very serious threat not only to Syria but to surrounding countries as well.

Camps to train “cubs” have been opened in Syria and have released  footage showing children ages four to 17 years old shooting AK-47s, undergoing military training and shouting for the “Islamic State of Iraq and the Levant.” Recruiters rely heavily on orphans and the donated children of extremist families to fill these ranks.

Egyptian child psychologist and Ain Shams University lecturer Enas al-Jamal discusses the devastating effects on the psyche of child soldiers. “This child grows up on violence and the use of force, while internally suppressing fear that could erupt at any time after he is moved away from the fighting.”

Al-Jamal is realistic about the hardship of establishing these children in a peaceful civilian lifestyle. “The difficulty in rehabilitation stems from the fact that they were subjected to comprehensive brainwashing that turned them into killing machines convinced of the legitimacy of murder and suicide via suicide bombings.”

The work of undoing everything these children are being taught will take tremendous effort and a collective awareness. The leaders of al-Qaeda may be cut down, but they have planted their seeds deeply. However, people’s tending to those seeds could prevent their resurrection. 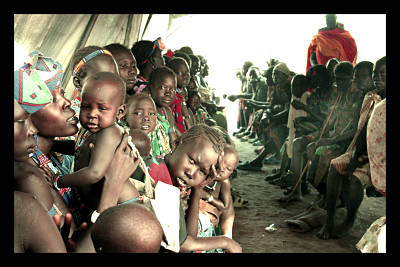 The issue of poverty in South Sudan is very complex, however, the organization Plan International is adamant that a key component to poverty reduction is concentrating on decreasing poverty among young people in the country. A 2009 Southern Sudan Household Survey disclosed that 50.6% of the population survives on less than $2 a day. In addition to income limitations, poverty also brings a lack of healthcare, food, sanitation, and clean water.

In order to improve these conditions, Nigal Champman, the Chief Executive Director of Plan International, suggests focusing on children as a financially small investment. He explained, “We all know that young people can play an important role in national development if provided with the right tools, the learning and capacity to employ those tools, and a supportive environment in which to use them.” However, these children can just as easily continue to live in the poverty cycle if they are not provided with education, healthcare or proper nutrition.

The organization has invested $30 million in South Sudan since 2006 and is planning on providing another $30 million in the next three years. Plan International will utilize this money by working with government officials to implement policies meant to keep children in school. Other ways Plan International contributes to the reduction of poverty in South Sudan is through food and clean water distribution, supporting agricultural developments, peacekeeping programs, and providing access to health services.

In a country where 50% of the population is young children or adolescents, about 60% of the poor belong to this demographic. In addition to the previously mentioned disadvantages, these young people also struggle because many are orphans of parents who have AIDS or victims of conflict or child labor. While South Sudan may be a convoluted situation, organizations like Plan International are working to ensure that poverty is a thing of the past by investing in children, who are our future.