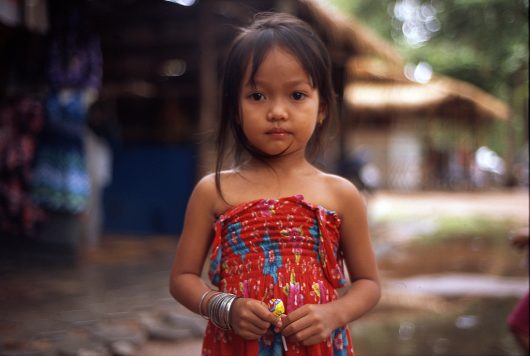 USAID sponsors Next Generation, a televised youth debate in Cambodia. The debate is intended to encourage peaceful political discussion among young Cambodians in a country that values “saving face” and non-confrontation.

These practices are extremely harmful to productive political discussion. Next Generation aims to mitigate the consequences of these social constructs by inspiring young people in Cambodia to engage in debates.

The weekly TV show hosts 24 young adults for a 30-minute debate on issues such as poverty, the electoral system, Facebook censorship and gender quotas. The program hopes to foster a culture of constructive political discussion among the future leaders of Cambodia.

24-year-old Linda Eang won the debate in 2014. She had been a shy child, and her family tried to discourage her from pursuing politics, since being a politician can be dangerous in Cambodia. After learning in school about the state of poverty and healthcare in Cambodia, Eang decided that she wanted to be part of the solution, despite the vast challenges of the field.

After graduating from university, Eang decided she wanted to focus on coaching other young Cambodians. She expressed that “the greatest barriers for young people in Cambodia are the lack of trust and motivation from the environment around us” and that Cambodians “are taught to be followers”.

Eang believes that young people can become more empowered and bring positive change to their country by getting an education. She aims to coach young people to eloquently express themselves and to have self-confidence.

Another forum for the empowerment of young people in Cambodia is Politikoffee, a community that meets weekly to discuss politics and drink coffee. The meetings started with Channy Chheng and three friends who enjoyed drinking coffee and discussing topics like policy, economics, education and agriculture.

The group decided that their conversations would benefit from more people bringing additional knowledge to their discussions, so they started Politikoffee as a platform for Cambodians to engage in political debates, free from restrictive cultural norms. Productive political argumentation is counter to traditional Khmer culture, which encourages respect for elders and the status quo.

For member Chea Veasner, these open and honest conversations are something she cannot have at her university. Veasner notes that many of her Cambodian friends do not like to argue and will not voice their opinions when given the chance.

Politikoffee provides a safe environment for Cambodia’s young, ambitious people to discuss ideas rarely discussed elsewhere. Despite assumptions that young Cambodians are not interested in politics, many actually are passionate about politics because social injustice is blatant.

Opportunities like Next Generation and Politikoffee allow Cambodia’s youths to overcome restrictive cultural norms and are fueling future political change. According to a Politikoffee’s social media representative, “Youth, from my experience, all have a vision of what their Cambodia should be, and for the vast majority of them, it’s a Cambodia that is very different from their parents.”