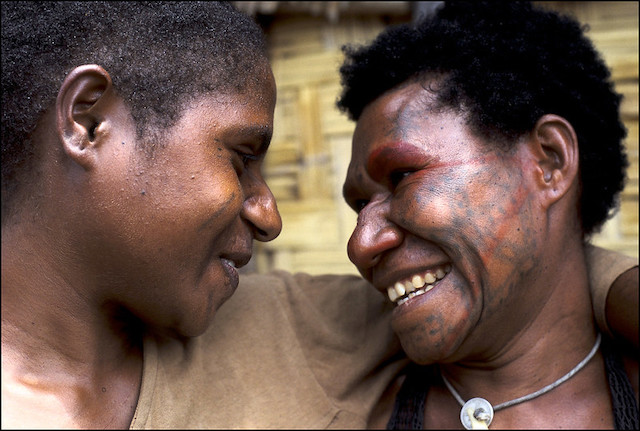 The Republic of Zimbabwe is a landlocked country located in the southern parts of Africa. Zimbabwe has a population of around 17 million. Estimates show that one in four Zimbabweans have anxiety and depression, yet there are only 12 psychiatrists in the country. Roughly two years ago, the idea of the Friendship Bench in Zimbabwe was introduced as an answer to this deficiency in mental health care. Now, the success of the program might be able to help other countries.

What is Friendship Bench?

In 2016, Dr. Dixon Chibanda came up with the idea of a friendship bench to treat the enormous problem of depression and inaccessibility to mental health treatment for the people of Zimbabwe. This was in response to the lack of resources and healthcare professionals. He decided to train 14 grandmothers as mental health counselors for a pilot project.

The government of Zimbabwe expanded the program following its success and has trained more than 700 grandmothers since. The mission of the Friendship bench is to boost mental well-being by bridging the gap created by poverty, distance and lack of resources. Friendship benches are wooden benches placed in open areas of health facilities where patients and their counselors have conversations based on problem-solving therapy.

The Randomized Control Studies conducted in 2016 evaluated the success of the Friendship Bench. They found that the benches alleviated symptoms of depression in 86 percent of the patients compared to 50 percent in a control group with standard therapy. These patients were also five times less likely to have suicidal thoughts. Dr. Dixon Chibanda, the founder of Friendship bench Project says that there are also positive effects of this treatment on other health outcomes such as hypertension and diabetes.

Why the Friendship Bench is so Successful?

The Friendship Bench in Zimbabwe has been successful for a number of reasons. By understanding these reasons, other countries could use this method to alleviate their mental health issues. The following are a few reasons that have led to the success of the Friendship Bench.

Friendship Bench as a Blueprint for Other Countries

The United States has about 16 psychiatrists per 100,000 people. This number is one of the highest in the world, and yet it is inadequate. To cover this gap, New York City launched the Friendship bench project under the aegis of Dr. Chibanda in 2016. New York City has three permanent, bright orange friendship benches in Bronx, Brooklyn and Harlem. The project got an enormous response. Within the first year of the program, there were already 30,000 visitors. The counselors in New York City are as diverse as people. In fact, many of them have experienced mental health issues and/or substance abuse.

Canadian Universities have an independent but similar program to tackle depression in students. The Lucas Fiorella Friendship Bench is a nonprofit organization in Canada that started in 2015. The program uses #YellowforHello to spread awareness about mental health. The method is the same; person-to-person conversation to solve the problems causing mental health issues in university students. Dr. Shekhar Saxena, the Director of the Department of Mental Health and Substance Abuse (MSD) said, “When it comes to mental health, all countries are developing countries.” Depression is one of the leading causes of disability worldwide and one of the largest contributors to the global burden of disease.

Zimbabwe’s success with the Friendship Bench has provided a blueprint for mental health treatment in both low- and high-income countries. With New York already following the suit and London in consideration, it is safe to say that Zimbabwe, an otherwise resource-deprived country, is leading the globe with an effective and accessible solution to address common mental health disorders.