Tag Archive for: World for TCHAD 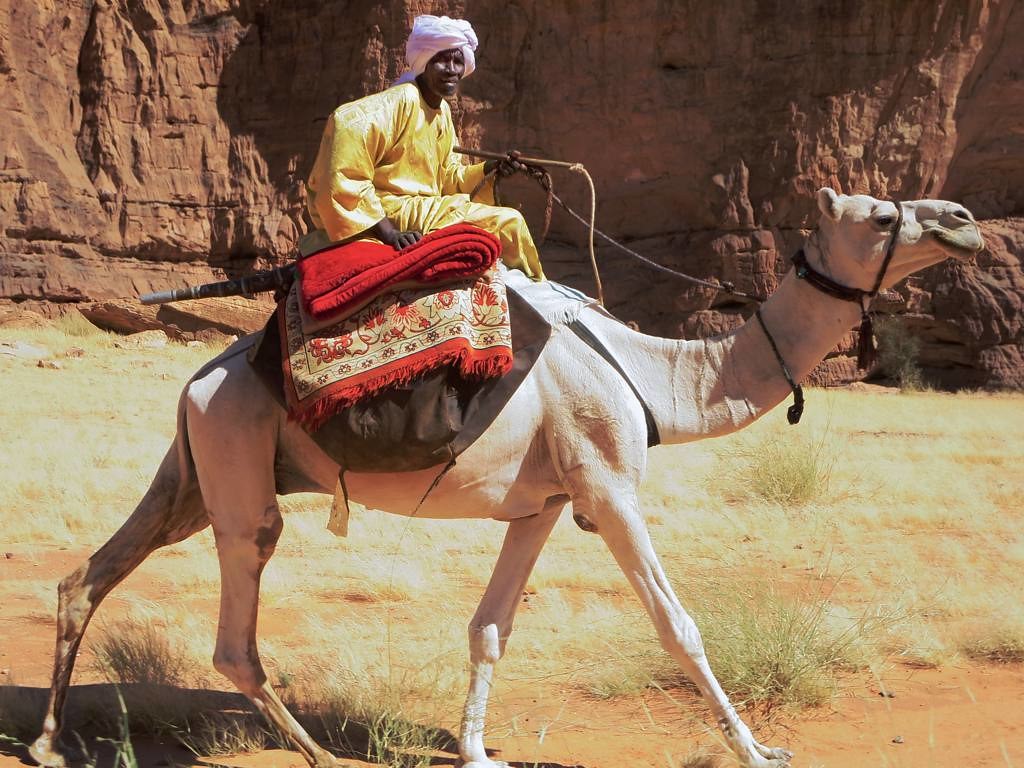 Rural communities in the Lake Chad region depend on agro-pastoral and fishing activities. The water loss has made this highly dependent hydro-climate area difficult to live in. Its 430,000 inhabitants have had to adjust to the constant environmental change and new challenges. In the 1980s, the annual maximum flooded area of the lake varied from 25,000 kilometers. Today, that has reduced to 10,000 kilometers.

Correlation between the hydro-climate, increased violence and population growth could provide insight into detection challenges, such as shortfall of agricultural production, and identify solutions to prevent food insecurity. Seasonal changes, lake levels and local rainfall are essential to understanding future adaptations.

In the 1960s, it was easy to share the water of Lake Chad, but today there is competition for the little water that remains. The rise in extreme weather conditions, which for Chad are primarily heat-related, links to conflict and violence. Moreover, the lack of shade in the area contributes to competition and violence. Human behavior becomes just as complicated as the environment undergoes further destruction. The temperature reaches over 40 degrees Celsius and 100 degrees Fahrenheit. Violence has taken many forms in Chad and has led to the genocide of many Chadians. Here are some examples:

Indigenous women who are suffering from the declining resources due to environmental change in Chad have taken lead in promoting change, using their own experiences as examples of the consequences of a deteriorating climate. Illiteracy among Chadians affects 32% of the population, as does the scarcity of medical health care workers. Large-scale agriculture is not directly affecting Chad, since it is practically non-existent. While it is true the men control what happens within these communities, women are often the heads of the family. In terms of the number of challenges that they struggle with to solve to protect their families, they are better able to provide insight into the needs of their communities.

The shifting climates often mean that the men who do work have multiple livelihoods as the seasons change. Women and children have to adapt to finding water and natural remedies to illnesses. Many often overlook their significance and not just in their communities. Some also see them as victims, as opposed to the communities who work hard to adjust to changes that are a result of their environmental degradation. Women have both knowledge and experience that provides the world with opportunities to better understand the importance of protecting and caring for the environment. In many instances, the communities have already learned to survive.

The future of Chad will depend on preventative measures and promoting peace. One should not interpret violence in communities as the fault of the community, but rather the community’s need to survive. It is difficult to maintain reason when fighting for one’s own life and one’s family. Understanding communities in countries such as Chad not just as unfortunate but as an example of the urgency for change in how the world approaches environmental change and solutions.

Guy Boypa is the founder of World for TCHAD. He was born in Chad but spent most of his life in France. When he visited Chad as an adult, he found his friends and family living in ruins due to lack of water and harsh living conditions. Boypa initiated the change he wanted to see as many women have been taking action in pursuit of change.

World for TCHAD is working in Chad to provide wells that make free water obtainable to Chadians, in addition to collecting donations to provide children and families with education and self-care supplies. Local French artists, including musicians and comedians, stay involved and raise awareness in the French community. Aligning with the 2030 Sustainable Development Goals (SDGs), World for TCHAD is addressing environmental change while taking action. The organization recognizes the burden this is particularly on women and children who take on the pursuit to collect water every day.

So far, the organization has provided over 20,000 Chadians with clean drinking water from 26 wells, with the 2021 goal of adding 10 more. It is currently active in Chari-Baguirmi and Hadjer-Lamis regions and plans to expand into the Mayo-Kebbi East region. Between 2014 and 2015, 208 community wells were drilled and 14 human motor pumps supplied 13,000 villagers. About 74% of Chadians currently have access to unclean and unhealthy drinking water. World for TCHAD wants to provide for more than half of them.