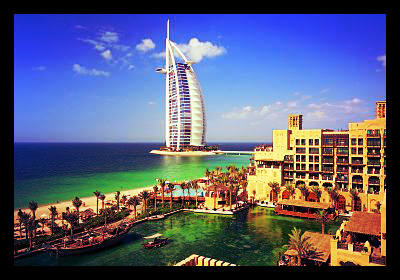 United Arab Emirates largest city-state of Dubai follows a new mantra. The drive to become a sustainable city has become their chief ambition. In October, Dubai held a three-day convention with over 167 countries consuls to win a bid to host the World Expo. The exhibition showcases developments in sustainability, the international financial system, and advocates improvements in the “quality of life for the world’s population.”

Oil discovery in the 1960’s brought tremendous wealth. Unfortunately, unlike other cities in the U.A.E., Dubai had “limited” oil “reserves”. By the 1980’s, drastic economic reforms were instituted in Dubai. The Crown Prince at the time Sheik Mohammed bin Rashid al-Maktoum proclaimed Dubai a “free-trade oasis”  in an effort to attract foreign corporate business interests.

Economic sustainability without oil became substantial. Dubai transformed into a colossal “global financial center”, flaunting feats of architecture, such as “record-setting skyscrapers.” Dubai’s repeal of pseudo-feudal land system in 2002 was fundamental. The new land-system allowed foreign investors to own land, not just lease its use.

Immigrants were captivated by “tax-free salaries,” while affluent “expatriates” and “international businessman” saw the metropolis as a tariff-free ‘capitalist paradise’. Over “96 percent” of the cities working population is “foreign born.” Jobs became abundant in the expanding economy. Dubai began looking to foreign nations for their “luxuries, laborers, architects, accents, even its aspirations.”

The 2008 global economic crisis altered Dubai. Land prices diminished by 50 percent.  Countless “abandoned construction projects” littered the cities scenery. Dubai’s excessive spending on infrastructure left the country with a debt that was over “100 percent” of their GDP. Undeterred by their financial woes, Dubai has shown signs financially rebounding.

Oil was no longer its key economic foundation, becoming responsible for only five percent of its annual GDP. Dubai enacted legislative measures to make Dubai “sustainable, livable and comfortable.”

The Arab Spring’s “after-shocks” enticed international business to “relocate to the city.”, persuaded by it’s political stability. Dubai’s location near the “emerging economies of Africa, India and East Asia” became vital to investors.

Their sustainability approaches attracted “sustainability professionals” who see the emerging green initiatives as profitable. Many migrant workers who came for employment are finding Dubai as the preferred option than returning to their “home country.”

Dubai focused on using more “local materials and services” rather than importing and being more fiscally responsible with expansion projects. Many of the ‘pet’ projects that were derailed by the economic crisis are expected to return in the future, but under stricter procedures to mix environmental sustainability and economic responsibility.

Time will tell whether Dubai can actually become a sustainable city. Many of their ventures are still only in the planning stages, and increasingly poor financial choices are still affecting their economic recovery. The first step in recovery is realizing the problem that resulted in the situation, and Dubai’s shift in rhetoric shows a city that wants to move past their irresponsible choices.