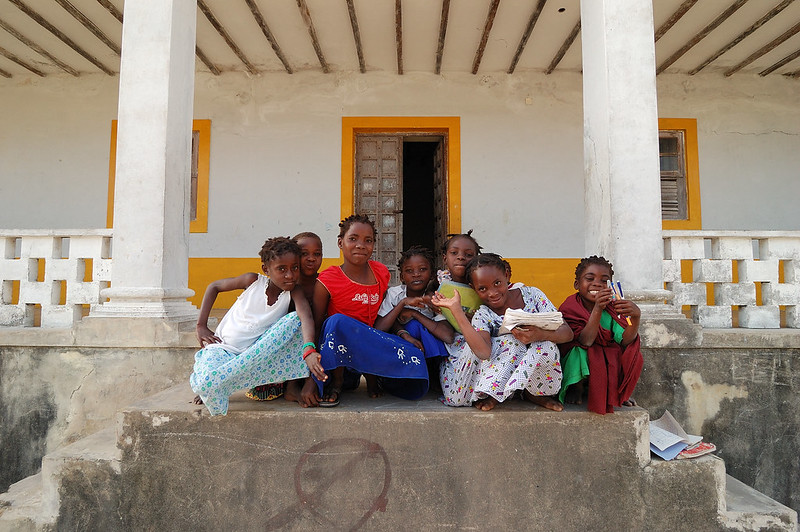 Before 1975, the education system in Mozambique was selective and disproportionally catered to the Portuguese populations. Churches owned private schools to serve the upper-class Portuguese. The only schools available for Mozambique natives were missionary schools. This system discriminated against Mozambique natives and led to some disastrous results. In particular, many Mozambique natives attended a school that taught inefficiently because the missionary schools had low budgets. Some teachers did not show up, and schools did not provide enough textbooks; if they did, they were outdated. This combination created antiquated learning curriculums with no standardization or structure. When Mozambique declared its independence from Portugal, the National System of Education (SNE) was created to run standardized education for all populations in Mozambique. Over time, the literacy rate in Mozambique has increased, a change that can be attributed to the SNE as well as other important initiatives.

Mozambique law requires that all citizens attend school through the primary levels, grades one to six. After grade seven, the law requires students to take a national exam in order to qualify for entrance into secondary school, which runs from grades eight to 10. After secondary school, the majority of students either return to their parents’ subsistence farms, gain employment as teachers or are unemployed due to limited space in universities.

Increasing the Literacy Rate in Mozambique

The Ministry of Education initiated a new program to decentralize curriculum development and monitoring so that only 20% of the national curriculum would be allocated for “local” curricula. These local curricula would teach students specific skills or techniques they may need in their particular region or district. Importantly, the initiative has led to the increased enrollment of students as well as an increased literacy rate in Mozambique.

The Mozambique government has also made great strides to increase access and efficiency of the education system. It has taken away school fees and invested in creating more schools while providing more resources for students at the primary level. The education secretary now receives almost 15% of the state budget, which has significantly helped push for an increased enrollment rate and literacy rate in Mozambique.

The 2012–2019 Education Strategic Plan and the 2015–2018 Primary Education Operational Plan focused on two areas to improve upon: quality and access to education. The government wanted to focus on pre-primary and primary education so that students receive a solid foundation for learning. This would increase the population’s and future generations’ literacy rate. To accomplish this, the government has cited the following priorities: promote increased access to early learning and school readiness, improve quality of primary education, promote increased access for vulnerable children, retain adolescent girls and create efficient capacity building for better planning, management and monitoring at the national, sub-national and local levels.

World Education is an organization that creates programs to help improve education in countries all over the world. It has contributed significantly to the Ministry of Education’s planning for increased literacy rates within the country. In particular, World Education has helped implement the Early Grade Reading Project. This project would train more teachers in creating instruction materials, evaluating students and understanding reading improvement. World Education has also introduced the Let’s Read program to Mozambique. This program helps develop students’ skills in writing and reading in the local language. It also improves their speaking and listening skills in Portuguese.

The World Bank has also provided significant funds and assistance for the increased literacy rate in Mozambique. In 2015, the World Bank approved more than $107.9 million to support quality, access and equity of education. Some of the activities these funds help to support include improving school readiness through early childhood development programs, implementing curriculum reform, adding more teacher-training, enhancing local and state governance in curriculum creation and focusing on resources for more vulnerable students.

What Is the United States Doing?

The United States has recently allocated $15 million to the Mozambique Ministry of Education during the COVID-19 pandemic. These funds will help set up a crisis management team; provide distance learning programs through technology; enforce psycho-social support for children experiencing distress, anxiety or trauma; re-stock textbooks when school re-opens and adjust classes  for students who are falling behind or have special education needs.

The Mozambique government has persevered in improving its literacy curriculum, increasing access to education and resourcing schools. The literacy rate in Mozambique has steadily increased since 1980 as a result. Importantly, this increased literacy rate will continue to serve the Mozambique people as they work to further improve education.