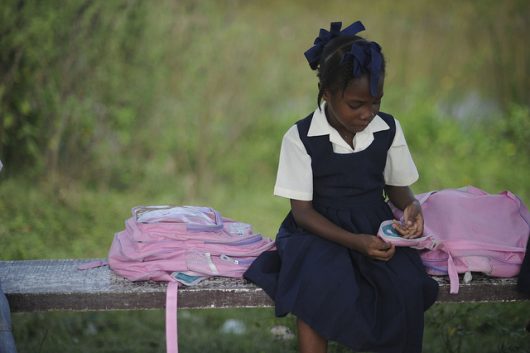 A new study of the working poor in the United Kingdom demonstrates that finding work does not always lift families out of poverty. Poverty in working families is on the rise, according to Rod Hick and Alba Lanau, professors at Cardiff University. In a report containing the results of their research project, they said that about 60 percent of impoverished families in the U.K. had at least one working individual in the household.

This study begs the question, “Why do working individuals still live in poverty?” It also points to a hot political topic—raising the minimum wage.

The research done by Hick and Lanau demonstrates that the number of individuals working in a household is a better indicator of in-work poverty than low pay. Part of the reasoning behind this is that less than half of adults experiencing in-work poverty have a low-paid worker in their household. Furthermore, most low-paid workers belong to households that are above the poverty line. Therefore, raising the minimum wage may not be a quick fix solution to in-work poverty.

Another key finding of Hick and Lanau’s research is that the rise of in-work poverty is concentrated in households living in the private rented sector and social housing. This indicates that housing costs heavily affect a household’s relationship to poverty.

Hick and Lanau provide three solutions to tackling in-work poverty in their report: supporting families through free or affordable childcare, helping to ease households’ financial burden with tax credits and lowering the cost of housing.

The second solution, which focuses on tax credits, has been utilized for decades. Since 2003, the U.K. has used the Working Tax Credit (WTC) to help low-income working households. Essentially, the WTC provides households with extra cash needed to survive. Other benefits and tax credits include Child Tax Credit and the Housing Benefit.

2017 will be a big year for the U.K. where benefits and tax credits are concerned. A more recent form of government aid, Universal Credit, is set to start replacing existing programs. Some are concerned about the UC’s benefit cap, which is £350 per individual.

The U.K. has made creative attempts at lessening in-work poverty. The reality is that 6.1 million people living in poverty in the U.K. are a part of working households, whereas 5.1 million households in poverty are workless.

Hick and Lanau’s research demonstrates an important phenomenon that is characteristic of the poor in developed countries. It pushes against the idea that finding a job will immediately elevate economic status. These findings encourage innovative and nuanced thinking to combat poverty in working families.