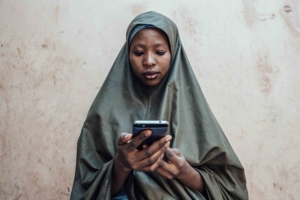 Every day the world becomes more dependent on computers. In the modern era, impoverished communities often lack access to technology. Therefore, technology is inaccessible in many developing countries. However, Nigeria finds itself in a unique position; the country’s ICT (information and communication technologies) sector has grown significantly since the early 2000s. In fact, Nigeria hosts “Africa’s biggest technology market and accounts for 23% of internet users in Africa with 122 million people online in December 2018.” Unfortunately, there is gender inequality in Nigeria’s tech industry as is the case in many other countries around the globe.

Nigeria’s technology industry has brought much wealth to the country. But, it is important to consider the demographics of this innovative sector. According to the Women’s Technology Empowerment Center, Nigeria has a sizable gender gap. The technology sector, in particular, does not employ many women. In fact, “According to the National Bureau of Statistics, women make up on average just 22% of the total number of engineering and technology university graduates each year.” Similarly, a fifth of the people working in the information and technology sector are women. Thankfully, some women, including Abisoye Ajayi-Akinfolarin, have taken it upon themselves to solve gender inequality in Nigeria’s tech industry.

In 2012, Ajayi-Akinfolarin founded Pearls Africa, an NGO that provides young women with the resources to pursue a career in STEM. For Ajayi-Akinfolarin, taking this step meant leaving a comfortable career. However, she believes fighting for her community is more important; “We want girls to be creators of tech, not mere users. Watching them write code is beautiful. Many of them never touched a computer before they got here. It’s mind-blowing. The joy on their faces, that’s more than money.”

While Pearls Africa is intended for women pursuing STEM, its overarching goal is to improve lives by reducing poverty. Along with teaching STEM, Pearls Africa teaches women about “ethics, leadership skills, self-empowerment/development, confidence, public speaking and self-esteem, which leads to economic independence.”

Pearls Africa deserves praise not for its goals, mission or philosophy but for its achievements. Since 2012, “the organization has trained [more than] 400 young women [on how to] code.” It offers eight additional programs that provide different services as well. Some of these programs focus on women’s empowerment and developing leadership skills in young women. Meanwhile, other programs offer aid. For example, Pearls Africa’s medical outreach program provides free health care assistance in Lagos, Nigeria.

Abisoye Ajayi-Akinfolarin recognizes that technology is here to stay. Her foundation’s work to empower young women with tech access and skills is beyond remarkable. Unsurprisingly, Ajayi-Akinfolarin has received multiple awards in recognition of her work. In 2018, she was recognized as Woman of the Year by the ONE Campaign and “she was named one of the 10 CNN Heroes of The Year.” Organizations like Ajayi-Akinfolarin’s must receive support in the fight to bring opportunities to impoverished communities. Hopefully, Ajayi-Akinfolarin will continue to see success and inspire women to fight gender inequality in Nigeria’s tech industry as well as the global industry.