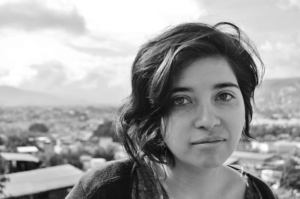 In Venezuela, women have always needed to fight for their rights. However, now more than ever women need much more support. In the constitution developed in 1999, all citizens regardless of gender have social, political and economic rights. The 2007 law reform Organic Law of the Right of Women to a Life Free of Violence, women are more often in disadvantaged positions than men. Women’s rights in Venezuela have been neglected and much-parodied by a government that calls itself “feminist.”

Women’s Rights in the Past

The first years of Chavez’s government saw the development and reinforcement of programs that enhanced women’s rights. For example, they implemented the Women’s Bank (which has ceased to exist) and the Women and Gender Equality Ministry. The 2007 Organic Law of the Right of Women to a Life Free of Violence was considered groundbreaking. It is internationally recognized as “one of the most progressive in the world,” as it broadened the definition of domestic violence. However, this is as far as the government has gotten into reinforcing women’s rights in Venezuela.

Women’s Right in the Present Day

Today there’s a persistent gender gap in Venezuela. A 2016 report from the UN Economic Commission for Latin America and the Caribbean indicates that around 54% more women between the ages of 20 and 59 are not actively in the workforce. Instead, there are more women now who have become head of households than in 1990, 39% in 2011 versus 24% back then. Since women have fewer opportunities in the workforce due to their lack of experience, women in Venezuela are often staying at home. In addition, the worsening healthcare system plus the great shortage of contraceptives, which have fallen around 90% since 2015, only strengthen women to remain in their “traditional roles as mothers and caretakers.”

Issues that Affects Women in Venezuela

Indeed, Venezuela is the country with the highest rate of teenage pregnancy in Latin America and the Caribbean. It also sees a rise in HIV and other STDS cases due to the lack of contraceptives. There is also a great shortage of menstrual products, which has made a huge impact on the lives of women and girls, often becoming an impediment for them to go to school or work. Moreover, the maternal mortality rate has sparked over these few years, with a rate of 66%. As a result, this led many women to seek out better healthcare in other foreign countries like Colombia, in which 26,000 women gave birth to their babies since 2015. There are supports and efforts from UNFPA and local organizations and the promises made by the government. However, there have not been any other options but for women to migrate to other territories.

UNFPA along with UNICEF and PAHO has delivered 90 tonnes of health, water, hygiene and sanitation and education supplies to Venezuela earlier in April. Indeed, these supplies were vital for vulnerable women and families in Venezuela. There is also support from organizations such as the UN Population Fund. The UN Population Fund imported thousands of contraceptives to fight the shortage and supply the market. However, there is still much to be done.

Today there are only 32 women out of 167 representatives in the assembly. Increasing representation of women in politics is one way for women’s rights to become more accessible for them. Women’s participation in politics can benefit innumerable ways in the country. For instance, ending the gender gap and increasing women’s physical security. Gender-based violence is another problem in the Caribbean country. Indeed, only this year there have been 157 women who died at the hands of physical violence, according to a report of Uthopix’s Monitor de Femicidios. Complaints often go unreported, and the ones that aren’t do not always go to trial. By including more women in political positions there will be a better chance for women’s rights to be assessed adequately.