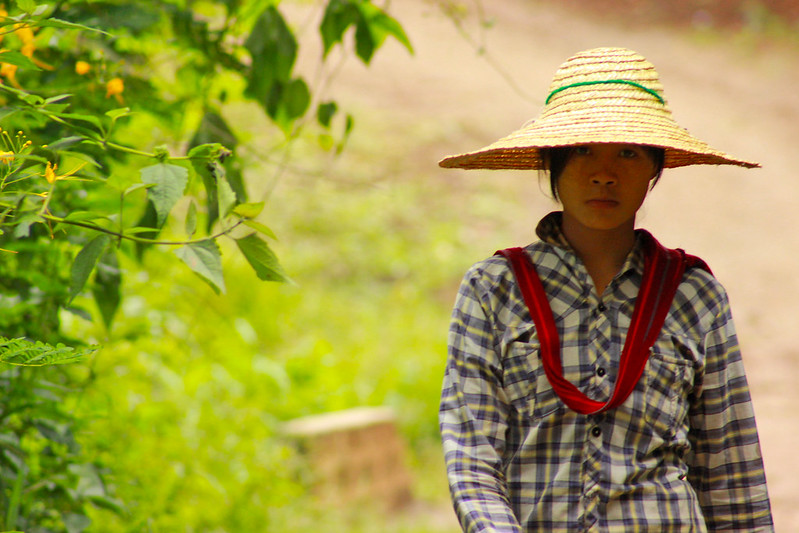 Myanmar, once known as Burma, is a sovereign state in Southeast Asia with a population of around 52.4 million people. Of the population, 26.6 million people are women. Over the last decade, Myanmar has embarked on an accelerated socioeconomic and political transition. However, it has fallen short in correcting the gender inequality ravaging the nation’s laws and policies. Despite the country’s development, there is still room for improvement in upholding women’s rights in Myanmar.

Global indices and national data show the disparities between Myanmar citizens on the basis of sex. The 2020 Gender Inequality Index ranked Myanmar 147 of 189 countries, while the 2021 Social Institutions and Gender Index identified Myanmar as the eighth-most discriminatory country out of nine Southeast Asian nations.

Despite the country’s 2008 Constitution guaranteeing equal rights and equal legal protection to all persons, a subsequent report from the CEDAW Committee voiced concerns. Namely, the constitution contains references to women mostly as mothers. This reinforces their stereotypical role as caretakers in need of protection. It also states that “nothing in this section shall prevent the appointment of men to the positions that are naturally suitable for men only.” Despite equal rights in areas such as inheritance law or marital property, Myanmar’s deeply rooted patriarchal values still shape families and restrict women’s participation in all levels of decision-making.

One area that severely limits women’s participation in decision-making is economic activities. According to the 2014 census, only 50.5% of working-age women were part of the labor force, nearly 34% less than men. Moreover, women tend to have employment in lower-skilled jobs and lower-level posts, which suggests that Myanmar’s society values men’s work more than women’s and pays accordingly, creating a gender wage gap.

Hospitals lack basic equipment because of funds that the military junta appropriate, resulting in poor coverage of reproductive health services. In fact, to date, there is very little known about the patterns of maternal health service utilization in Myanmar. High fertility rates and delays in reaching emergency care also contribute to the problem. A further concern is the heightened discrimination of women in ethnic minority groups. Also worrisome, the most impoverished rural areas suffer from an exacerbation of these issues.

Several organizations are now taking action to improve women’s rights. A top priority is educating people on the importance of women’s rights and addressing the surrounding myths and misconceptions. Of these organizations, the Ministry of Social Welfare, Relief and Resettlement is extremely important. As a governmental organization working toward gender equality, it launched the National Strategic Plan for the Advancement of Women (2013-2022) to promote and protect women’s rights in Myanmar.

The plan, which aligns with the 12 areas outlined in the 1995 Beijing Platform for Action, presents a significant strategic opportunity to integrate women’s rights in Myanmar’s reform agenda. Although Myanmar is not yet at the level of its Southeast Asian neighbors, women’s political participation has increased since the plan’s implementation. According to the Department of Social Welfare, 10 domestic vocational centers were established to support women’s development and security in top conflict areas.

The Myanmar Maternal and Child Welfare Association, which emerged in 1991 to promote the quality of family life, is Myanmar’s largest NGO. It is also the leader in providing sexual and reproductive health services across the country to more than 200,000 clients annually. Additional bodies include Myanmar’s Women Entrepreneurs Association (MWEA), a strategic alliance established in 1995.

A Hopeful Future for Women’s Rights in Myanmar

All of these organizations and measures advocate for the advancement of women’s rights in Myanmar. The most crucial areas are improving women’s education and health, advancing women’s roles in the economy and ending violence against women. The progress of these bodies and organizations reflects Myanmar’s evolving socioeconomic landscape.

However, these gains have been under threat since the military takeover in February 2021. But, while the military junta attempts to regress the country back to its repressively patriarchal roots, the women of Myanmar are on the front lines, representing 60% of protestors and some 80% of the movement’s leaders.

Myanmar’s women embrace the opportunity to not only change the present after a long history of military oppression but also secure a brighter future. Although Myanmar has a long way to go before it reaches gender equality, these protests make it clear that Myanmar’s women are the voice of the revolution, committed to achieving gender equality.