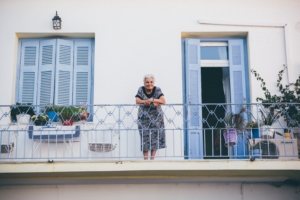 There have been significant, recent developments in the status of women’s rights in Greece. Some Greeks excitedly look toward a future of gender equality. Others are reluctant to certain changes and are holding steadfast to tradition.

The primary debates in the fight for women’s rights are mainly between rural and urban citizens. Women in urban areas are more likely to dismiss traditional notions of domesticity and instead seek opportunities in the workforce. However, women in more rural areas still hold fast to the status quo. They are much more likely to take care of the home and children while a male partner seeks out work to provide for the family.

A Brief History of Women’s Rights in Greece

Although all of these strides forward have occurred, Greek women still seem to be at a disadvantage. In terms of E.U. countries, Greece is the lowest ranking in the Gender Equality Index, with a score of 0.122. Likewise, the country’s female labor force population, as of 2019, is 44.17%. Additionally, domestic violence rates seem to be on the rise, having increased by more than 30% in the last six years.

Furthermore, migrant and Roma women are, on average, at an even worse economical and educational disadvantage. For example, the typical Romani woman in Greece will spend less than six years in school.

In contrast, Greek women have made great strides in academia. More than 50% of Greece’s citizens obtaining university degrees are female. There is hope that these well-educated women will advance in career paths and assume leadership roles. In this same vein, leadership roles are one of the primary areas in which women are currently underrepresented.

Proponents for Women’s Rights in Greece

Many people around the country are in an active fight for gender equality and women’s rights in Greece. There is an ongoing discussion to address gender stereotypes and challenge norms established within the country, in nongovernmental organizations.

The Greek League for Women’s Rights has been fighting for women’s rights since 1920. Notably, it was a strong leader in the fight for a women’s right to vote in 1952. It has also founded the Centre for Documentation and Study of Women’s Problems and is still active today, fighting discriminatory laws and practices.

The National Council of Greek Women, founded in 2008, is a nonprofit fighting for the equality of men and women. The nonprofit recently released a statement from its president who maintains that although legislatively, men and women are equals — the country still has to reach true gender equality in practice.

Katerina Sakellaropoulou became the first female president of the country in January 2020. Many saw the vote for the new president as an optimistic mark of change and growth in Greece.

With an adjustment to public opinion and the presence of female leaders such as President Sakellaropoulou, experts believe that the country is capable of combatting historical barriers to women’s rights in Greece that still affect its culture, today.