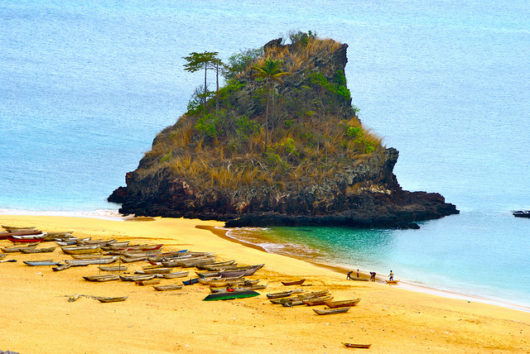 Equatorial Guinea is a small, Spanish-speaking country located off the coast of Central Africa. Similar to many developing nations, Equatorial Guinea continues to work to reduce poverty rates and enhance the quality of life for its citizens.

As part of the effort to meet the targets set by The United Nations Millennium Development Goals (MDG), there was a strong focus placed on improving women’s health in Equatorial Guinea. A great emphasis was placed on reducing maternal mortality by strengthening the healthcare infrastructure and expanding the health workforce.

Maternal mortality refers to the number of women who die each year due to causes related to pregnancy, childbirth, and/or the period after delivery or termination of pregnancy. The MDG 5 target for maternal health was to reduce the maternal mortality ratio by three quarters between 1990 and 2015 and to achieve universal access to reproductive health.

This translates to a maternal mortality ratio below 75 deaths per 100,000 live births. In order to meet the MGD goal and improve women’s health in Equatorial Guinea, the country needed to improve access to family planning services, encourage consistent prenatal care and quality health facilities with trained workers needed to be established.

In 1992, the country’s Ministry of Health created The National Plan of Action for Women and Children to increase access to family planning services, prenatal care and skilled delivery. A key component of this plan included strengthening the health care infrastructure by establishing a system of polyclinics, regional, provincial and district hospitals. This introduced accessible care throughout the country, especially in vulnerable regions.

The Ministry of Health also instituted a set of guidelines and regulations for these new facilities to improve the quality of care that patients received. Public health education campaigns were then utilized to increase awareness of the healthcare services and to encourage women to access these services. These efforts were successful in increasing the number of women who were aware of the importance and benefits of prenatal care. In fact, women were much more likely to show up for appointments and go earlier in their pregnancies when they had received antenatal education early on.

In 2008, to ensure that women received quality care, the Foundation for the Development of Nursing (FUDEN) was formed by The Ministry of Health to recruit and train nurses and midwives. Within its first 5 years, FUDEN successfully trained 153 new nurses and midwives. With this strong emphasis placed on expanding the health workforce, part of The Ministry of Health’s goals is to ensure that each village in the country had at least one trained midwife.

Through improved access to facilities and trained health workers, there was a great improvement in women’s health in Equatorial Guinea. The country successfully achieved MDG 5 with an 81 percent reduction to maternal deaths. As Equatorial Guinea looks to meet the Horizon 2020 goals, there will be a continued focus on improving maternal mortality and women’s health.

The Ministry of Health has developed plans to implement a nationwide reproductive health policy and to use a “Reach Every District” strategy to ensure that all regions are provided with the same resources to improve the health of all citizens. Hopefully, these plans will capitalize on the success of the MDG and continue to improve women’s health in Equatorial Guinea.