Today, about 10 percent of African girls miss school because of menstruation-related issues and complications. As many individuals cannot afford feminine hygiene products from the store, they often have to resort to using rags, socks and even paper. To make matters worse, many of these adolescent girls also lack access to private toilets at school. However, things are looking up as multiple nonprofit organizations are collectively working to provide all female students with free menstrual cups in South Africa.

What is the Menstrual Cup?

Menstrual cups are a little known, but effective, feminine hygiene products made out of medical-grade silicone. Their shape resembles a small beaker. As the product can be washed, reused and can last up to a decade, it is a far more sustainable alternative, both financially and economically speaking, to its more conventional counterparts (sanitary napkins and tampons). The cups generally cost between $15 to $40. The price depends on factors such as brand, material and size.

Currently, there are multiple initiatives and partnerships in South Africa related to providing school girls with free menstrual cups. Perhaps most notable is the MINA Foundation.

Launched in 2015 by three women in Johannesburg, South Africa, the foundation has now partnered with over a hundred schools and distributed over 30,000 menstrual cups. By working with girls’ clubs at schools, the organization has also succeeded in delivering comprehensive menstrual and sexual health education to adolescent girls. A lively purple cartoon girl presents the information in educational videos and books.

Menstrual cup campaigns have also sprung up in many other developing countries. Some countries, for example, are the Philippines, Nepal and India. Much of this progress has been led by a similar organization called Freedom Cups.  A team of three sisters founded the organization in 2015. It operates on a buy-one-give-one model and has since distributed over 3,000 cups in seven countries.

The majority of data collected regarding the usage of menstrual cups has been anecdotal. However, various studies have made it quite apparent that many girls remain hesitant about the usage of the product. According to a survey conducted by the University of Chicago, 74 percent of South African school girls interviewed “were hesitant to use any product that had to be inserted into their vagina.” This is likely because many cultures consider topics surrounding menstruation and the female reproductive system to be taboo. Additionally, 79 percent of participants in the same study reported that they could not fully focus on their schoolwork when menstruating. This lack of concentration was due to the shame they felt about their condition.

Henceforth, an increase in the usage of menstrual cups among school girls would likely prove to be effective in providing an open discussion regarding the usage of the product. Furthermore, it could provoke increased dialogue about menstruation in general.

Conclusively, menstrual cups in South Africa have proven to be a force for good among adolescent girls. However, there is still work to be done to address the taboo surrounding these products for their potential to be fully exercised. 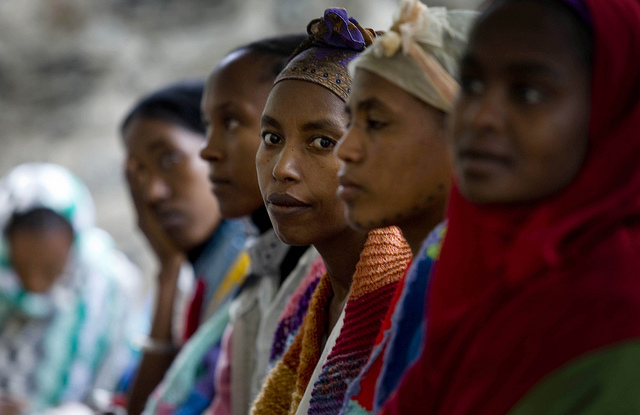 Although woman’s life expectancy at birth in more than 35 countries around the world is upwards of 80 years, in the African region, it is only 54 years, according to recent World Health Organization statistics. Sixty-six percent of maternal deaths happen in sub-Saharan Africa. One in 42 African women still dies during childbirth, as opposed to one in 2,900 in Europe.

Due to the lack of education and healthcare, teenage mothers experience many complications and premature deaths since their young bodies are still developing and not ready for the physical and emotional trauma of childbirth. Because of this, according to the Center for Global Health and Diplomacy, teenage pregnancy needs to be at the top of the education agenda in Africa among young girls if they are going to be empowered to take control of their bodies, their futures and their health.

Improving Infrastructure Can Save Women’s Lives

Several of the major issues affecting women’s health in Africa are associated with poor living conditions. As the main gatherers of food for their households, women are exposed to particular health risks. There is ample evidence that improving infrastructure such as access to roads and providing safe and accessible water sources can considerably improve women’s health and economic well-being.

The Fight for Empowerment

U.N. Women, in partnership with the International Rescue Committee, puts great effort into the protection of women’s empowerment in Africa. This organization supports critical policies for social protection for women. Partnerships with national banks are expanding access to finance to make that happen, along with collaborations with regional and U.N. economic commissions. Although women’s health in Africa is in desperate need of reform, there are many organizations like this one fighting to make that possible.

Policy reform designed to improve women’s health in Africa must address the issue of women’s place in African society so that the health of women can be seen as a basic right.