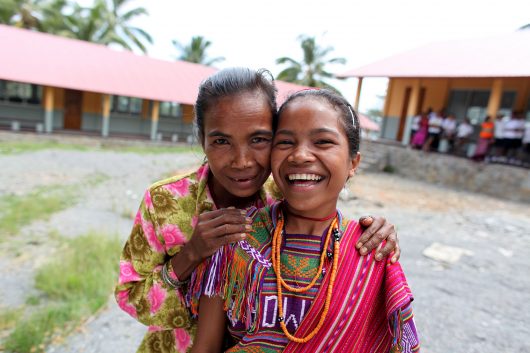 The Democratic Republic of Timor-Leste, a country located in Southeast Asia, gained its independence from Indonesia on May 20, 2002. This came after a popular vote in favor of becoming independent on August 30, 1999. As one of the world’s youngest and poorest nations, it is facing numerous social, political and economic issues. The country is not ignoring its issues but is instead working to improve them daily. One subject that is currently being brought to public attention is women’s rights in Timor-Leste, or the lack thereof.

Women in Timor-Leste face daily challenges that their male counterparts do not face to the same degree. One of these challenges is of an economic nature. Many women in Timor-Leste do not have the same training opportunities as men, which limits their job options. This limited access to jobs became a large issue after the conflict that Timor-Leste faced following the vote for independence in 1999 and before it was declared a sovereign state in 2002. During this time, nearly half of Timorese women were widowed due to widespread violence. These women became the sole provider in many households, and with economic options greatly limited for women in the country, many were left in poverty.

The government of Timor-Leste has recognized the economic challenges faced by women in the country. It is for this reason that Timor-Leste’s 2014 Country Gender Assessment includes an area dedicated to laying out a framework for advancing the economic opportunities of women. This framework includes increasing women’s participation in the labor market by improving training opportunities and implementing the Secretariat of State for Professional Training and Employment Policy’s gender mainstreaming strategy. These efforts will help to increase the number of financially independent women in Timor-Leste. In this area, women’s rights in Timor-Leste are advancing tremendously.

In addition to the legislative actions being taken to reduce domestic violence in Timor-Leste and promote the economic advancement of women, government officials are also speaking out on the subject of women’s rights in Timor-Leste. The Prime Minister of Timor-Leste, Rui Maria de Araújo, made a statement at the Global Leader’s Meeting on Gender Equality and Women’s Empowerment in 2015. He stated that Timor-Leste is fully committing to “achieving gender equality and empowering all women and girls.” There is hope in this statement, and the lives of the citizens of Timor-Leste can only continue to improve as the rights of women continue to increase.

Women’s empowerment in Timor-Leste has been a serious agenda since the nation gained independence from Indonesian occupation in 2002. The occupation left 70 percent of the nation’s infrastructure in shambles and most of its inhabitants displaced.

The small island suffers from one of the highest poverty rates in Asia as well as high levels of malnutrition. Women in Timor-Leste face challenges including poverty, gender-based violence and a lack of opportunities to be seen as community leaders.

The country’s government, as well as outside groups, is working to make sure that these issues are addressed. It is imperative that women’s empowerment in Timor-Leste is a top priority as the country seeks to provide a better future for all its inhabitants.

When Timor-Leste became an independent nation, a Gender and Constitution Working Group was formed with support from U.N. Women. This group was tasked with making sure that gender equality and women’s empowerment would be an integral part of Timor-Leste’s new constitution.

Because of the Gender and Constitution Working Group’s efforts, gender equality is included in Timor-Leste’s constitution, as well as a provision declaring that all citizens must be given equal opportunity in the social and political sphere. Due in no small part to these policies, Timor-Leste now has the largest percentage of women in political positions in the Asia Pacific Region.

A report by Mercy Corps found that increasing women’s empowerment in Timor-Leste helped to reduce childhood malnutrition and improve children’s health. Mercy Corps reported that when women have control over household finances, they are more likely to use funds to benefit themselves and their children. Similarly, when women have increased decision-making power they are more likely to make an expedient decision to get a sick child the care they need.

Australian Volunteers for International Development (AVID) is another organization that supports women’s empowerment in Timor-Leste. According to AVID senior program officer Alita Verdial, the nation’s “patriarchal society means that women do not have sufficient respect and resources to allow them to make their own decisions.” The organization is combatting these problems by providing volunteers to support local workers in areas such as human rights, education and economic empowerment.

Timor-Leste is a young country which faces many challenges. Women in the country do not yet have equal opportunity in the social, economic or political spheres. But key policies have been implemented to make sure women have equal protection under the law, and international programs are working to support the country’s women.

If Timor-Leste’s government and humanitarian organizations can continue to make women’s empowerment in Timor-Leste a priority, there is hope that the country will have a freer and more equitable future.