Tag Archive for: Women’s Empowerment in Sao Tome and Principe 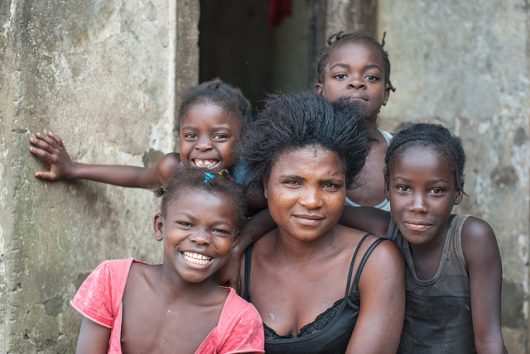 Sao Tome and Principe is a very small country comprised of two islands situated off the coast of Africa in the Gulf of Guinea. The nation is one of the poorest African countries with half its population living on less than two dollars a day.

The country acquired its independence from Portugal in 1975, enacted democratic reforms in 1980 and currently has no institutions for higher education; as a result of this environment, women’s empowerment in Sao Tome and Principe took a back seat.

Women in Sao Tome and Principe

Constitutionally, women in Sao Tome and Principe have equal rights in politics, education, business and government positions; but in reality, gender inequality is prominent throughout the nation. Domestic violence and abuse against women is widespread, but since the society is extremely traditional, women are not very vocal about the injustices committed against them.

In June 2003, Sao Tome and Principe gave formal consent to the convention on the Elimination of All Forms of Discrimination against Women (CEDAW), and in February 2010, it also signed the Protocol to the African Charter on Human and Peoples’ Rights on the Rights of Women in Africa (The Maputo Protocol). Despite these supposed moves in the right direction, the nation’s government has failed to comply with the details of the protocols.

However, organizations such as The United Nations Educational, Scientific and Cultural Organization (UNESCO) have taken innovative steps in women’s empowerment in Sao Tome and Principe by engaging women effort in the preservation of bio-diversity. In addition, women have also taken a distinct position in the fish trade of the country.

In the district of Lobata, turtle egg collection, turtle meat consumption, turtle shell trading and cutting trees for firewood are all part of the illegal practices that negatively impact Sao Tome and Principe’s biodiversity.

In 2009, the Ministry of Education (under the supervision of Madam Helena Bonfim) engaged women in this region to help in turtle, bird and forest preservation. Three hundred women aged between 15 and 36 were divided in 12 different groups and organized to learn about turtle conservation and other environmental aspects.

UNESCO, along with non-profit government organizations, took the initiative of educating women in this region; in fact, the organization helped the women acquire skills in food processing and other fields like fashion, design and environmental protection.

Almost 17 percent of the total population of Sao Tome and Principe is involved in the fish business where women play a unique role — they are involved in many of the main acts of fishing such as:

Fish saleswomen are known as “palayes” in the local language; palayes make up an extremely powerful group of the population, and some of them are even important members of the fisherman association.

The members of the palayes association try to reduce cost of the enterprise by sharing fish-drying sheds and buying salts in bulk for fish processing. Some of the successful palayes even lend money to the fisherman for buying fishing accessories.

The women of Sao Tome also generate income through: