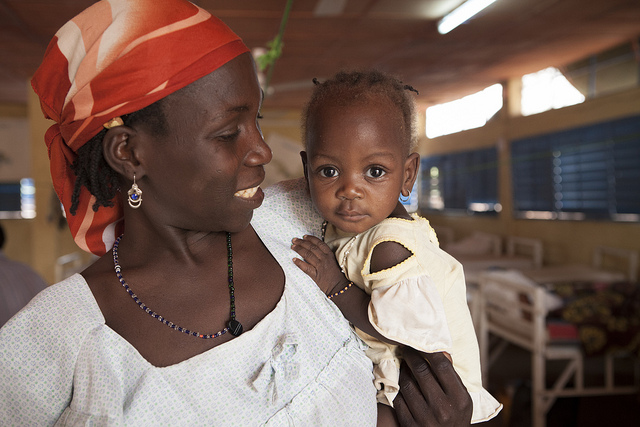 Women living in Niger face great adversity due to a lack of education, a prevalence in child marriages, and challenges stemming from conflict. Fortunately, many women are taking steps to ensure a better future for their daughters.

Women and girls in Niger are some of the least educated in the world. Less than a quarter are literate and less than a tenth ever attend secondary school. This is a big deal considering that attending secondary school for a year can mean as much as a 25 percent increase in a woman’s earnings later in life.

Niger has the highest rate of child marriages in the world. Three in four girls under the age of 18 are married. The legal age for marriage in Niger is 15, but various women’s organizations and groups are hoping for the passage of a proposed law that would change the legal age to 18 years.

Aminata Gba Kamara, aged 19, said “Girls in our country need so many things. They need psychological support, they need counseling. Their esteem is very low.” Many women think husbands are needed for protection, and life outside the home is not given much thought, said Kamara.

Protection is a real concern for many, as conflict is a daily fact of life. In the past three years, over 100,000 women and girls have been forced to leave their homes in order to flee from violence perpetrated by the Boko Haram. There are shelters and places of refuge, but women forced into seeking these often fall victim to a cycle of poverty. Most women fleeing from Boko Haram have been traumatized by physical and sexual violence. There is a normalization of discrimination and violence against women and girls on a daily basis.

Even with all these challenges, there are feasible solutions and women’s empowerment in Niger is a large part of it. Change is being implemented from the ground up, and youth are driving it forward. Campaigns have been formed to raise awareness about the issue and boost the self-esteem of women and girls. Tackling the problem of child marriage is important for Niger, as it will increase the number of citizens attending school rather than staying at home.

There are rays of hope for women’s financial empowerment in Niger as well. For instance, a recent push by CARE to help Nigerien women become financially independent via combined insurance policies and female financial groups has been fruitful. The savings groups, called Village Savings and Loan Associations have been a major factor behind women’s financial empowerment, and serves as a base for improving inclusion, health, nutrition, and agricultural productivity.