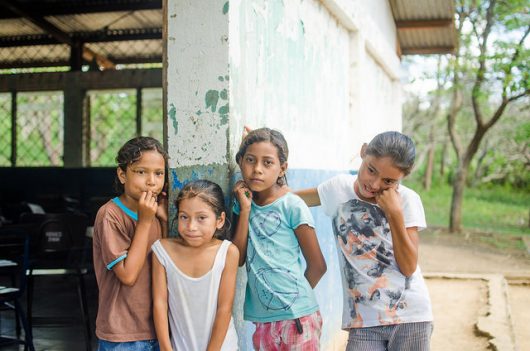 Nicaragua is one of the poorest countries in the Western Hemisphere, second only to Haiti. Its alarming levels of poverty have had a detrimental effect on the quality of education in the country, disproportionately affecting children in rural areas. While the completion rate of primary education has experienced an upward trend in recent years, the issue of education in Nicaragua demands further attention. Specifically, girls’ education in Nicaragua faces unique challenges and requires sustained action and support.

Access to education only slightly differs between young male and female children. This makes the education system of Nicaragua look quite good in terms of gender equality, yet that is only because the access to education lacks overall for both genders.

Nicaragua is ranked 12 out of 145 countries in gender gap index with a score of 0.776 out of 1.00, which would represent no inequality. Despite being ranked so high, the education system is still lacking due to how many children, male and female, are not in school. The enrollment of male and females in primary, secondary and tertiary education are fairly equal.

It is difficult for these children, specifically girls, to receive an education because of the poverty in their country. The families of these children start to heavily rely on them for economic support by the time they reach the age of 10. These children are frequently forced to drop out of school before the fifth grade to help support their families economically.

Females are often relied on to do domestic work, such as take care of their siblings and other chores within the household while their mothers work. Girls’ education in Nicaragua becomes second priority to their domestic duties.

In 2010 1,046 females were out of school, compared to the 10,868 male children that were not. Unfortunately, as these children grow older it becomes increasingly difficult for them to remain in school. For 2010 adolescents, there were 25,747 males out of school, and 18,861 females out of school. This shows there is not a large disparity between boys and girls suffering in education, but yet males are expected to go out into the workforce if they leave school while females are not.

Overcoming Obstacles For a Bright Future

Overall, females face greater challenges in accessing education than their male counterparts. Females in Nicaragua face strict gender norms and religious beliefs that are deeply rooted in their society. They face adolescent pregnancy which is a great indicator of dropping out of school at an early age. These females also feel pressured to help their families with domestic responsibilities for no pay because of the way women are viewed in their society. All these factors lead to a significant struggle in females overcoming hurdles and receiving an education in Nicaragua. 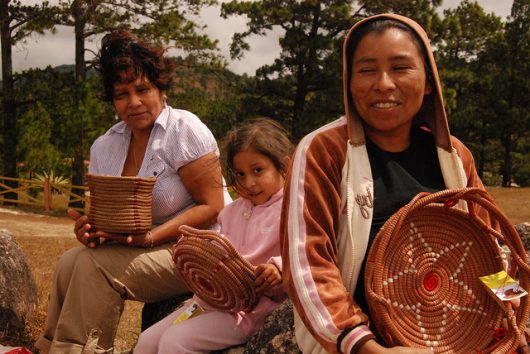 Nicaragua is a Central American country situated between the Pacific Ocean and the Caribbean Sea. It has gained popularity with tourists for its coastline and variety of landscapes but, its superficial beauty masks a larger problem with women’s equality — the machismo culture. Breaking a long-standing philosophy, such as a machismo culture, has been one of the largest barriers to women’s empowerment in Nicaragua.

In Nicaragua, machismo or “macho” is often coupled with a sexist connotation that describes “machistas” as men who objectify women. To overcome the strict gender roles established by a macho society, organizations like The Masculinity Network for Gender Equality (REDMAS), have established gender equality programs in Nicaragua to begin transforming men’s “machista” behaviors. The impact of Machismo culture takes on many forms, and changing machismo behaviors is just the beginning of supporting women’s empowerment in Nicaragua.

During a forum supported by the U.N. in Nicaragua, a member of the FEM (Fundación Entre Mujeres) noted, “money has been managed by men, the gender-based division of labor is absolutely an economic relationship because work for (women) doesn’t have the (monetary) value as it has for men.”

In some Nicaraguan households, women are expected to deposit their earnings to the family patriarch and the women make much less than men in similar positions. In these households, the machismo attitude spreads to affect economic equality for women and obstruct their financial freedom.

The Road to Female Empowerment

In 2012, to counter the machismo culture and enhance women’s empowerment, the Nicaraguan government passed a legislation that requires “50 percent of political party candidates to be women.” This legislation is a large reason Nicaragua is ranked 4th in the World Economic Forum’s political empowerment gender gap.

In consideration of women’s political empowerment, economic opportunity, educational attainment and health and survival, the World Economic Forum has appointed Nicaragua the 10th highest nation in the global gender gap index. The nation has made immense strides to close the gender gap and combat a machismo culture. The World Economic Forum reports that “since 2006, Nicaragua has closed approximately 19 percent of its overall gender gap—making it one of the fastest-improving countries in the world.”

Thankfully, violence against women in Nicaragua has decreased, and more women are finding higher-paying jobs. Nicaragua is also ranked higher than any other Central American country on the global gender index. Efforts to counter machismo behavior have brought more than 25,000 Nicaraguans to various gender equality programs.

Although the Machismo culture is still present, the future for women’s empowerment in Nicaragua is bright.