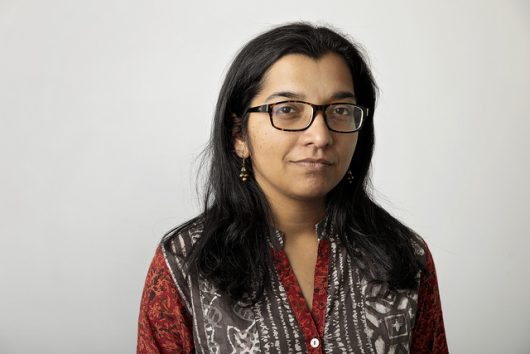 We live in a world of gender inequality. Every country experiences it, and India is no exception. India is a country dominated by men, where women have significantly less opportunities; as a result of this disparity, Global Vision International created a campaign called the Women’s Empowerment Project to work with disadvantaged women to close the gender inequality gap.

By supporting these women gain access to employment, education and health care, GVI hopes to eliminate women’s oppression in a country so focused on men.

In India, women are born into a society that is designed to have less opportunity for women. Although this population faces many challenges, there have been numerous changes to their situation over the past few decades. While the country has grown in aspects, there are certain areas where women are still lacking support. One of these is education.

Around 82 percent of adult men in India are educated, and only 65 percent of women are known to be literate. This creates even more gender inequality — if a woman is married, and hasn’t had the opportunity to access any sort of education, she must rely on her husband. This doesn’t leave very much room for independence. Thankfully, there are a few organizations fighting for women’s empowerment in India.

Along with Global Vision International’s Women’s Empowerment Project, The United Nations Development Program has created eight Millennium Development Goals, the third of which is directly related to women’s empowerment in India. The goal is to eliminate gender inequality in education on both the primary and secondary levels.

The government of India has made many changes over the past several decades. Since 1956, many laws have been passed that provide women with increased opportunities and independence. India recognizes that when women are empowered, the whole of society benefits. Some recent government acts include the Protection of Women from Domestic Violence Act of 2005, and the Hindu Succession Amendment, ensuring that women get an equal share in ancestral property.

Women’s empowerment in India has come a long way, with the support of many organizations, and the passing of laws that protect women. Women’s empowerment starts with eradicating poverty at the core, protecting women from violence and domestic abuse, and providing adequate education and job opportunities.

Working alongside of the aforementioned organizations is a department of the Ministry of Human Resource Development, called The Ministry for Women and Child Development. This department was established specifically to formulate plans and provide health and safety for the women of India.

With so many organizations fighting for gender equality and women’s empowerment in India, the country has grown leaps and bounds from its former ways. Women are no longer oppressed and forced to live in the shadow of the men around them as often. Women are now able to work where they want, access higher education and thrive in their independence.

For a country that has given men opportunities for so long, India is now making long overdue strides towards eliminating gender inequality. A cohesive society starts with providing the same opportunities to everyone regardless of gender, and India is showing that change is possible. 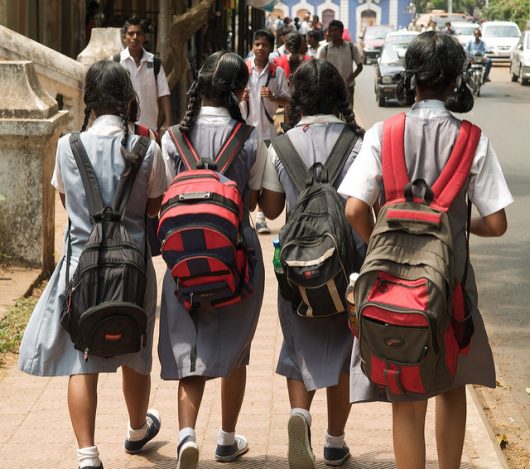 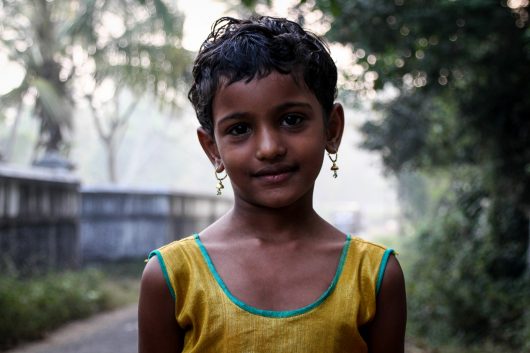 Education provides a gateway to social equality and is a critical human right. Schooling can enable young girls to transcend economic and gender barriers, improving their quality of life, offering them independence and transforming the opportunities that are available to them. As a country with one of the highest illiteracy rates in the world, India has roughly 3 million girls who are not enrolled in schools.

Founded in 2007, the Mumbai-based nonprofit Educate Girls is tackling gender disparities by reforming school systems in Rajasthan and Madhya Pradesh and putting more children in the classroom. Educate Girls was founded in 2007 by Safeena Husain, a graduate of the London School of Economics, with the hope of alleviating poverty and strengthening the condition of young women by giving girls positive learning experiences.

In Rajasthan, only 52.66 percent of females are literate, while 350,000 are not in school. The organization aims to bring quality education to around 2.5 million children annually by 2018. Educate Girls has since developed from a 500-school pilot project and presently has interventions in over 21,000 institutions in underserved regions of India. By mobilizing community and government resources, the program seeks to address the tremendous obstacles that girls in rural districts face.

One of the impediments that girls face in accessing education includes patriarchal societal norms, which consist of gender bias and practices such as child marriage. In India, 47 percent of girls are married before their eighteenth birthday. Many are expected to help their families by working in the fields or tending to younger children in the household, rather than going to school. Some parents have expressed cultural concerns, such as a fear that if girls enroll in school, they may choose not to wear traditional clothing or participate in traditional marriages.

Educate Girls strives to create community ownership through a series of measures that increase enrollment and retention as well as change learning outcomes. The NGO works through Team Balika, volunteers who actively promote girls’ education. Members spread awareness in villages and also provide support to children in school. Team Balika volunteers are trained to use a creative learning curriculum that brings activity-based learning to students. The organization also holds door-to-door meetings with parents to convince them to send their girls to school.

Educate Girls supports school administrations by electing a School Management Committee that generates improvement plans and school assessments. Finally, the program coordinates the election of girl leaders who serve as councilmembers, helping them to build a voice within their communities.

In recent years, India has made progress in improving the education of its citizens. In 2009, the Parliament of India passed The Right of Children to Free and Compulsory Education Act, making education a fundamental right to children ages six to 14. In 2014, Educate Girls created the world’s first Development Impact Bond, through which an outcome payer will pay back an investor as long as Educate Girls reaches its targets.

Today, the organization receives support from corporations such as Cartier, Vodafone and Deutsche Bank and will be scaling to include 16 districts within its reach. While there is still much headway that the country must make in its path to gender equality, Educate Girls is taking great strides by championing the learning and development of India’s girls, particularly in rural villages. By addressing the situation in some of the nation’s most poverty-stricken and remote communities, Educate Girls is improving the growth and livelihood of a new generation of young women, paving the way for social change.

Approximately 270 million Indian people live in poverty, the highest proportion of them women and children. Despite centuries of oppression and social exclusion, women’s empowerment in India is the key to success in alleviating rural poverty throughout the nation. Studies have shown that the poorer the family, the more they rely on the women of their families for survival.

Historically, Indian women have been tasked with collecting clean drinking water, fetching wood for cooking and ensuring other day-to-day tasks to keep their households running smoothly. A cultural shift has recently allowed more women to enter the workforce.

Indian women are proving to be absolutely essential for the future success of India’s growing economy. Many families depend on women’s earnings to keep them afloat and women have started turning to the agricultural sector for employment. Agriculture employs over 80 percent of India’s economically active women. As a result of more women turning to agriculture for work, the country’s agricultural wages have risen and the gap between male and female agricultural wage rates has shrunk.

The Creation of Self-Help Groups

Women’s empowerment in India has been a focus for the Indian government for a number of years. Across the country, self-help groups (SHGs) focused on empowering women have been introduced in rural communities. These groups are usually comprised of 10 to 20 local women from the targeted area. The goals of SHGs are specific to the community it serves, but generally are implemented with a focus toward training members in income-generating activities.

In 1998, a small village in India’s north-eastern Jharkhand state was crippled with poverty. The village of Teliya was ridden with severe food insecurity and very little money. Today, Teliya is a thriving village producing year-round cash crops and selling other products to national markets. This transformation began with an SHG.

Teliya’s SHG was started by PRADAN (Professional Assistance for Development Action), an India-based non-governmental organization. Funded by a New York-based social justice program, the Ford Foundation, PRADAN has focused on empowering India’s poor and has worked collaboratively with impoverished villages for the past 30 years.

The SHG implemented in Teliya encouraged women to save what money they could to start a community of resource sharing and investment making. Women in the area started contributing what little money they had over the course of a few months. After gaining new confidence, women in Teliya quickly became representatives for their community, unafraid to speak out for the rights of themselves and their families. Women’s empowerment in India has thus proven to be a success.

Teliya’s success story is similar to other SHGs. Most SHGs start out with a small number of women pooling their money to create savings for their community and to provide group loans to their other community members. PRADAN works as an outside supporter, giving the community or village the necessary tools to work from the ground up. The organization is currently working with villages in eight different states across India.

With the success of each SHG and organizations devoted to women’s empowerment in India, the number of people living in poverty steadily decreases. Continued progress toward gender equality will only serve to further improve the nation’s economic and social states.