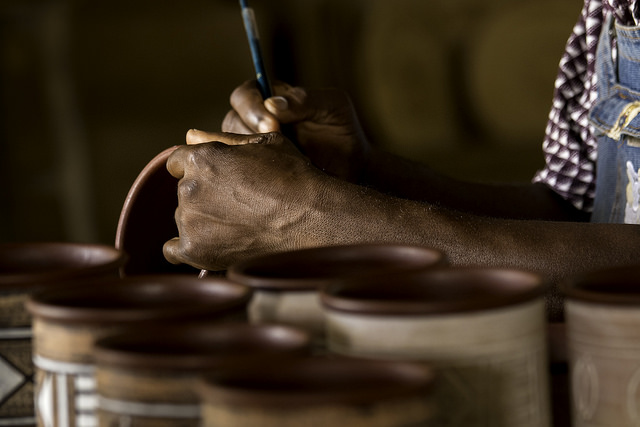 Cote d’Ivoire is a country located on the western side of the African continent. The country is known for its economy which is fueled mostly by cocoa and coffee beans. Thus, Cote d’Ivoire’s economy greatly relies on international economic fluctuations as well as climate conditions.

A predominant problem in the African country is gender inequality. Cote d’Ivoire’s functioning society is based on traditional gender roles. Women are treated more poorly than men in all aspects of life, and in many cases, men use violence in order to control the women in the household.

Gender inequality is even more glaring when it comes to education within the country. Whilst up to 53 percent of males have had an education and are literate, only 33 percent of females have had that same opportunity. This is the result of an ancient point of view that persists within Cote d’Ivoire’s society and that places more value on boys than girls. Parents are more likely to educate their sons instead of their daughters. Lack of education causes an increase in adolescent pregnancies and the spread of STD’s such as HIV-AIDS.

More worrisome is that female genital mutilation (FGM) is still a practiced tradition. The practice consists of the removal of the female external genitalia and is usually practiced for cultural reasons closely related to gender inequality. FGM has been historically performed as a way to suppress women’s enjoyment and freedom. It is a major issue, and it is, in fact, a violation of human rights. Cote d’Ivoire has one of the highest prevalence rates of FGM in West Africa.

UNICEF has taken steps towards eradicating the practice. By creating awareness through local radio and television stations, starting campaigns in order to raise money and creating women’s committees to eliminate FGM, UNICEF is taking big steps towards women’s empowerment in Cote d’Ivoire.

That same inequality is also reflected in the workplace and in the economy. Women’s employment positions in Cote d’Ivoire seem to be limited to the agricultural sector. Men dominate civil and business-related positions, whilst women are limited to collecting vegetables and selling them at local markets. Employers are biased towards men, due to the fact that they consider women to be weak and want to avoid pregnancies in the workplace. In addition, women’s lack of education compared to men reduces their employment opportunities. In order for this to change increased awareness of women’s empowerment in Cote d’Ivoire is needed.

Women’s empowerment in Cote d’Ivoire is taking a step forward by creating job opportunities for women. Such opportunities include working for the government, within business-related workplaces and in administrative positions.

The U.N. office in Cote d’Ivoire has helped launch the National Council for Women. This council will help the government in making decisions on women related issues. Women’s empowerment in Cote d’Ivoire is a work in progress, but such initiatives have already changed the lives of many women and will continue to do so in the future.