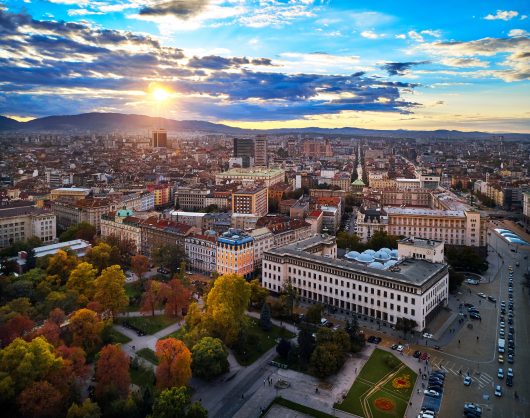 Bulgaria, a country located in southeast Europe, has a population of 7.2 million and is comprised of 51.3 percent of women. Women’s empowerment in Bulgaria has made significant progress in the past decade.

The status of women varies from country to country and is often determined by a combination of factors such as the local cultures and ideologies. In Bulgaria, women are extended several rights that are enjoyed by men, such as the rights to vote, own property, receive an education and have equal opportunities to seek employment. Despite this, Bulgarian women have slightly lower literacy rates, are often employed in lower-paying jobs and occupy fewer leadership roles than men in society. These are issues that must be addressed in order to achieve women’s empowerment in Bulgaria.

In 2015, Bulgaria ranked 45th out of 144 countries on the Gender Inequality Index. As of 2017, Bulgaria is one of the top 20 countries in Eastern Europe and Central Asia on the Global Gender Gap Index, having closed 76 percent of its overall gender gap. Nevertheless, promoting the gender equality of Bulgarian women still demands further work within its patriarchal society.

Women in Bulgaria were initially granted limited suffrage in 1919. The country continued to show its dedication to gender equality by adopting various international treaties. It ratified the Convention on the Political Rights of Women in 1954, the Convention Against Discrimination in Education in 1962, and the Elimination of All Forms of Discrimination against Women (CEDAW) in 1982. While the Constitution of Bulgaria recognizes the principles of equal rights and non-discrimination, gender equality is not specifically regulated.

Education is a crucial metric for determining the gender equality of a nation. Annual statistics between 2012 and 2014 indicate that in Bulgaria 48.3 percent of students in primary education were female. While women are more likely to attain a higher education than men in Bulgaria, which was reflected by 54.3 percent of women in tertiary education, this figure did decrease between 2013 and 2014.

Women’s empowerment in Bulgaria also highly relies on their employment status. As indicated by a 2013 country profile, the employment rates of men and women were 61.3 percent and 56.3 percent, respectively. At the time, only 24.6 percent of Parliament was made up of women representatives, though this was considered a symbolic win for equal rights. Bulgaria has the highest proportion of women software engineers in Europe, consisting of 27.7 percent of women in technology.

The gender pay gap of Bulgaria is 13 percent: though lower than the EU-27 average, women still earn 13 percent less than their male counterparts.

Unfortunately, women face a difficult path to attaining gender equality within the family unit and marriage, due to its traditional society. Women are likely to spend more time caring for their family, doing housework and looking after children than men are. Despite certain family laws enshrining equal rights and obligations between spouses in matrimony, conventional norms of the Balkan culture are still prevalent in some families, leading to women being treated as subordinate to men. Some regions in Bulgaria, such as the old Zagora district, still retain traditions of buying and selling brides.

To address this, Bulgaria started to execute a project against domestic violence in 2001. It also adopted the Program on Prevention and Protection of Domestic Violence, which provides a 24-hour hotline for victims.

Bulgaria plans to achieve gender equality in the next 15 years in order to fully realize women’s empowerment. It plans to implement a new specialized law related to gender equality and ensure that all the related policies are mainstreamed with a gender perspective. In doing so, the government has agreed to eliminate the gender wage gap as well as discrimination and violence against women.

Despite these few challenges, substantial progress is being made for women’s empowerment in Bulgaria. With continued efforts, equal rights will be extended in all aspects of society, including civil, political, educational, economic and social domains.