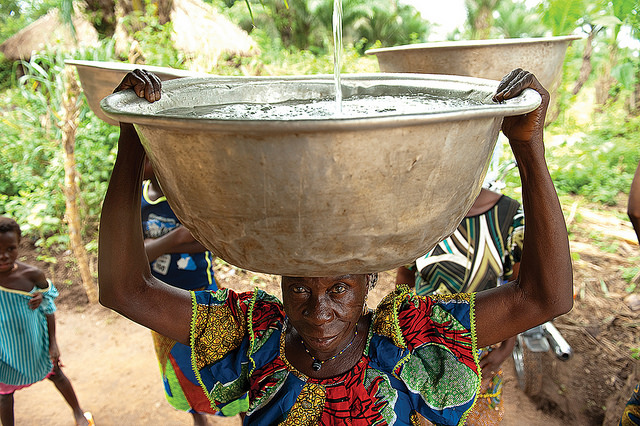 Two-thirds of the world’s illiterate population is female. This alarming statistic is, unfortunately, higher in Africa. However, many African countries have decided to tackle the problem and are now planning on improving women’s education. Benin is a great example.

With nine million inhabitants, Benin is one of the most stable countries in Africa, but also one of the poorest countries in the world. With this poverty comes great gender inequality.

Thus, even if Benin’s constitution guarantees gender equality and even prohibits gender discrimination, ancient customs and traditions are still huge obstacles to women’s empowerment in Benin.

However, it has been proven that societies benefit from women’s empowerment, and associations are now intervening to encourage women’s empowerment in the country. One of the key priorities has been to help promote women in decision-making positions, but also in different sectors such as introducing them in civil society organizations.

One of the ways to improve women’s empowerment in Benin is to help women become financially independent through savings and loan groups to help them run their own business.

Most of the time, the loans are used to invest in their cultures: buying seeds, cattle and tools to increase their productivity. Within these groups, women have also access to a solidarity fund, which can be used in case of emergencies in issues concerning their business, but also in everyday life, such as paying tuition or hospital fees.

“I strongly believe in the use of saving and loans groups to empower rural women in Africa, as I have seen thousands of lives transformed not only in Benin but also in Tanzania, Cote d’Ivoire and Ethiopia, using this methodology,” says Gaelle Demolis, U.N. Women Fund for Gender Equality Programme Specialist for Africa.

Recently, a new way to push women’s empowerment in the country has been created through theater. The plays have one aim: engaging community members in important women’s issues like domestic violence or child marriage. Most of the time, after the performances, a panel discusses the various challenges embodied in the plays. Thanks to this new psychological approach, women can discuss their problems without fear and in an accessible way. Women’s empowerment in Benin seems to be on a path to progress.