Tag Archive for: Women Who Farm in Africa 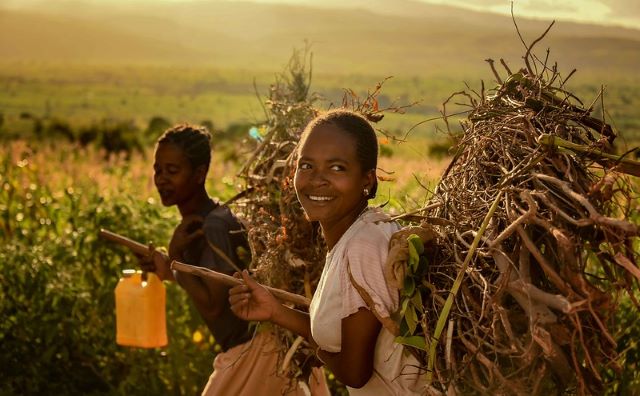 The agricultural sector is a critical facet of Sub-Saharan Africa’s (SSA) economy. As of 2015, women make up around 40% of the SSA’s agricultural labor force. Although their contribution is critical, due to discriminatory laws and social norms, a large gender gap within this sector continues to persist. However, many have come to realize the potential that lies behind empowering and educating female agriculture workers in Africa. By decreasing the gender gap and expanding females’ access to land and resources, these women have the potential to increase agricultural output in developing countries by between 2.5 and 4%. Organizations are prioritizing empowering women in agriculture in order to reduce poverty.

Regardless of their active role in agriculture, women own fewer assets, have less access to necessary agricultural yields and receive less education and training in these areas compared to men in Sub-Saharan Africa. The main cause of this persistent gap is established traditional gender roles. Gender roles continue to negatively impact women across Africa. Women often face more difficulties in owning land, establishing credit and gaining access to proper resources. When given the proper tools, these women could have a substantial positive effect on both the economy and SSA’s agricultural output.

The Benefits of Gender Parity in Sub-Saharan Africa

Closing the gender gap is imperative to making progress in SSA’s economy and increasing agricultural output. By empowering female agricultural workers and increasing their access to finances, land rights, resources and training, there could be a significant positive effect for the whole of Africa. Ruth Meinzen-Dick explains that in Sub-Saharan Africa, agriculture is two to four times more effective in reducing poverty than growth in other sectors. She explains further that because women are more likely than men to invest resources into meeting their children’s educational and nutritional needs, investing in women is crucial.

Although the benefits of female empowerment are clear to see, in order to make these benefits a reality, it is imperative that programs and policies target three main factors: land rights, equal access to agricultural resources and finances and equal power in decision-making. Furthermore, as more women become educated and empowered, these investments and knowledge will not only be passed on to their children but throughout the community. As explained by Slyvia Tetteh, “When mothers are educated, they keep their education in their home and use it to educate their children. If you educate a woman, you educate her home and to some extent, the community.”

Across the world, efforts are being made to educate and empower female agricultural workers in Africa. Policies and programs are all pushing to further female agricultural workers’ rights and power. A clear example of this is Women Who Farm Africa. This alliance was created in order to provide resources for women farmers to learn about agriculture through empowerment. By involving them in decision-making and access to finances, women farmers can increase their income, develop a stable rural livelihood and contribute to ensuring food security.

The Promise of Female Farmers

It is clear to see why female empowerment and closing the gender gap should take priority across Africa. Doing so would not only increase the lives and quality of living for these women but would also positively impact the agricultural output and the general state of Africa’s economy. Furthermore, this could also create more stability for the children growing up in rural communities. With the knowledge that mothers gain, this knowledge can then be passed down to their children and the rise in income can be invested in the children’s future. If properly prioritized and applied, empowering women in agriculture could break intergenerational cycles of poverty, reduce hunger and malnutrition rates and improve Africa’s economy as a whole.