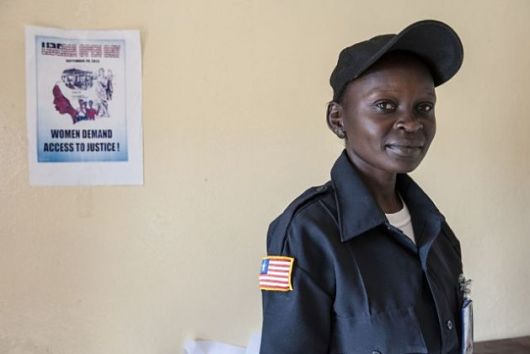 This upcoming October will mark the 15th anniversary of Resolution 1325, yet the Women, Peace and Security (WPS) agenda has not been fully implemented, according to humanitarian workers and activists. The resolution was created to recognize the disproportionate impact armed conflict has on women, as well as the lack of women involvement in resolution and peace-making.

Resolution 1325 was developed on the basis of 4 pillars: participation, protection, prevention and relief and recovery. It asks for equal participation of women in conflict prevention, peace negotiations, humanitarian response and post-conflict reconstruction.

It also asks member states to include a gender perspective in all areas of peace-building and to make decisions to protect women from sexual violence in armed conflict. Resolution 1325 recognizes the vital role women play in managing and resolving conflict and keeping peace.

Since its passage 15 years ago, six additional resolutions have been added:

– 1820: Recognizes conflict-related sexual violence as a method of warfare, and asks for the training of troops in preventing and responding to it.

– 1889: Addresses obstacles to women’s participation in peace processes and calls for development of global indicators to track 1325.

– 1960: Seeks an end to sexual violence in armed conflict by providing measures designed to punish perpetrators, through methods such as sanctions and reporting measures.

– 2122: Re-emphasized the importance of women’s and girl’s empowerment and gender equality in maintaining international peace and security.

The reality is, what has been preached, has not been practiced. Women and girls are disproportionately affected by armed conflict. Before WWII, those fighting were 90 percent of the casualties in war, and now, civilians are most of the casualties, mostly women and children, as a result of the changing nature of warfare.

Assistant Secretary-General for Humanitarian Affairs and Deputy Emergency Relief Coordinator at the U.N. Office for the Coordination of Humanitarian Affairs (OCHA), Kang Kyung-wha, gave the example of the situation of women and girls on the border between Nigeria and Niger, where the average girl is married by 14 and has two children by age 18, in a recent lecture series on WPS.

These are places where secondary education is rare, while risks of violence, sexual abuse, exploitation and trafficking are prevalent. As a result, women are not able to build stable communities and take part in the socio-economic development of their countries.

It remains to be seen if the commitments set in the resolutions will be put into actions. Activists are placing pressure and hoping these concerns are addressed at the World Humanitarian Summit, in May 2016, in Istanbul.

Christine Ahn, co-founder of Korea Policy Institute speaks of the misogyny and skepticism women face in their communities and at the national level. She identified herself as a practical example of resolution 1325; as one of 30 women who, in May 2015, did Crossing of the De-Militarised Zone (DMZ) between North and South Korea as part of week-long journey with North and South Korean women.

The purpose of this journey is to foster civil society contacts between women in North and South Korea, and promote peace and reconciliation between the two countries. Ahn believes resolution 1325 can be used to explain meeting with women from both sides of Korea, where meeting with the other is considered meeting with the enemy.

Men should be just as involved and standing side by side in advocating women’s rights. It is really everyone’s responsibility to stand up for those being oppressed and point out what is wrong.