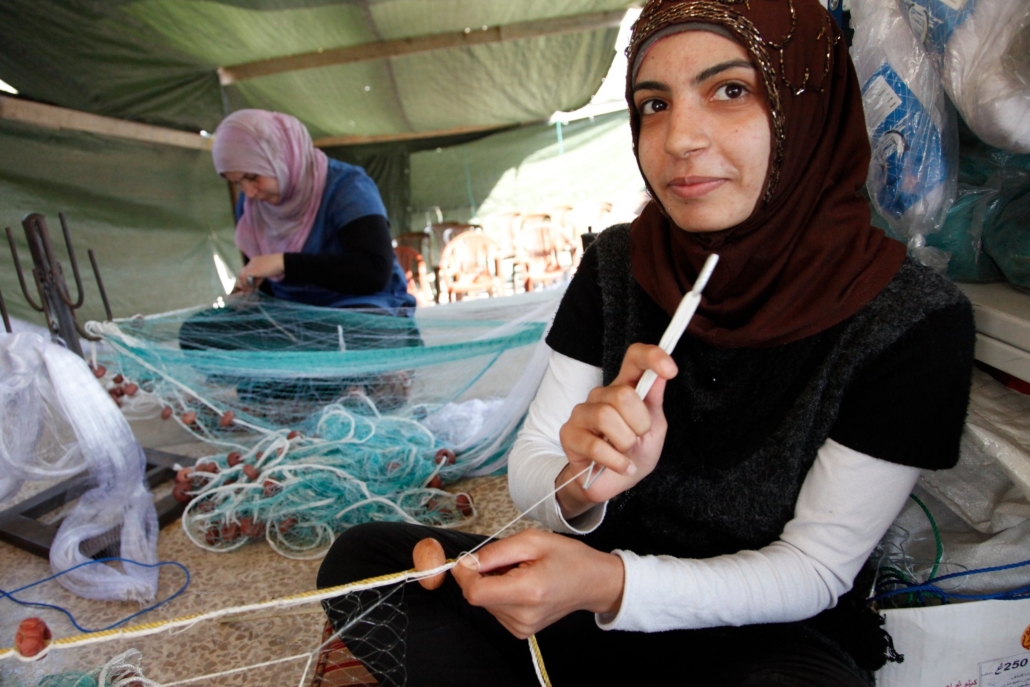 For nearly a decade, the Syrian Civil War has left the Middle Eastern nation desolate, impugned with violence, and, more importantly, divided. However, when it comes to mainstream coverage on the Civil War’s effects, women are not usually in the spotlight, at least until recently. With the Syrian Civil War coming to a close, rebuilding and drafting a new constitution has commenced. This transition period is giving nonprofits and international organizations a unique opportunity to elevate women’s rights in Syria.

One can define women’s rights as women having the same legal protections and economic opportunities as men, along with an equal footing in the rebuilding process. Essentially women in Syria should have fair access to nonprofit and IGO resources as well as food, water and medicine.

Currently, Syrian women suffer from food insecurity, loss of education, lack access to clean water and medical supplies and gender-based violence at a disproportionately higher rate than men. In fact, in 69% of communities, early and unwanted marriage is a prevalent concern.

Moreover, before and during the war, societal roles of marriage and domestic abuse escalated dramatically. One report noted that “even though the state endowed women with rights to education, employment, etc., society ignored those rights. They saw society as a mechanism that reproduces the privileged position of men through customs and traditions.”

Since marriage is a cultural safeguard against rape and kidnappings, more women entered marriages only to become victims of abuse. Thus it is vital that nonprofits, International organizations and the global community as a whole, emphasize women’s rights in the initial rebuilding phases.

While the past decade presented several obstacles for obtaining women’s rights in Syria, local actors, nonprofits and international organizations are paving a solid foundation for the future.

In December 2018, when the U.S. announced its departure from the Syrian Civil War, the international organization Women Now for Development (otherwise known as Women Now) kicked-started a series of humanitarian centers in non-state controlled regions in Syria.

What makes Women Now different from other international organizations is that rather than excluding Syrian Women from the development conversation, it is emphasizing their voices and perspectives. As a result, it is allowing for a more effective and streamlined localization effort.

Another instance of international organizations assisting women’s rights is U.N. Women. For the past two years, the group helped women participate in a cash-for-work program that taught the women skills while giving them a stable revenue stream. Additionally, the U.N. Women’s project in Syria created safe-spaces and skill training seminars, allowing women to escape abuse both due to the war and normalized oppression in Syrian society.

Regional analysts predict that with a new wave of protests and emphasis on failed human rights campaigns, Syria will either fail as a state or work within a globalized system to strive for a better future.

The Middle East Women’s Initiative has lead the battel for female representation in the new Syrian government so far, both in the Syrian Democratic Forces’ ability to win influence over the people and in Syrian Women’s international representation. The Initiative noted in a recent index how “Women in the Autonomous Administration and the Syrian Democratic Forces hold senior leadership roles across policy functions and institutions. Ilham Ahmed, the co-chair of the Syrian Democratic Council, acts as the region’s de facto head of state, speaking before the U.S. Congress and meeting U.S. President Donald Trump last year. Further, the SDF operation to liberate Raqqa from ISIS control was led by a woman commander, Rojda Felat.”

Reforms for the Future

In order for Syria to build a foundation that genuinely upholds women’s rights, it needs to introduce and expand on new policies. A highly recommended reform would be to restore compliance to CEDAW laws regarding discrimination against women.

While Syria signed onto CEDAW, an international framework against female discrimination, it conveniently left out several key provisions. In the transition, Syrian government officials must consider re-instating said provisions to grant women a stronger foundation of civil liberties and elevated socio-economic status.

“This[assisting women in Syria] was difficult without proper funding. Women Now was only able to compensate staff for their work with a minimum wage due to feminist organizations’ funding, who understood the importance of care to staff working in difficult circumstances. When centers had to shut down, and programs could not be delivered, the remote management team also lost funding for their salaries.”

While many would call Syria a failed state and lost cause for any form of human rights, past and current reforms are starting to paint a different narrative. Now it is up to the rest of the world to decide whether they are willing to support said vision.