Tag Archive for: Women In Yemen 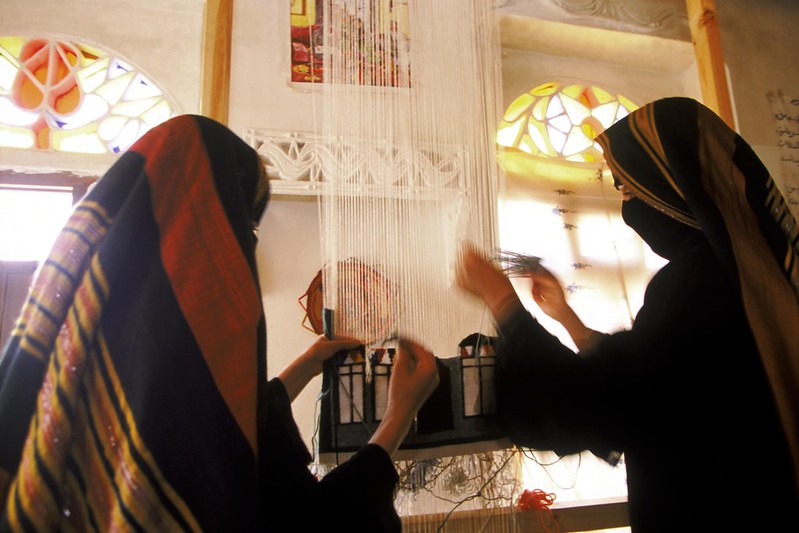 Yemen’s ongoing conflict has driven the nation progressively nearer to socioeconomic disintegration since violence erupted in 2015. Inflationary pressures have put the cost of fundamental needs beyond reach for the majority of people. The conflict in Yemen continues to significantly damage the position of women, resulting in a near-elimination of their safety protocols and increasing their susceptibility to assault and exploitation. Yemen has a deeply ingrained patriarchy that severely limits the quality of life for women. Yemeni women face some of the world’s most heinous despotism and are fighting for their rights in three key areas: workplace possibilities, gender discrimination and political underrepresentation.

Fight for Rights in the Workplace

According to Article 40 of Yemen’s Personal Status Law, a woman cannot acquire employment in the same capacity as a male and “the work must have been agreed by her husband.” The most recent figure from 2019 is the 6.04% employment rate for women in Yemen. In comparison, the global average in 2019 was 51.96% based on 181 nations.

Additionally, there is no legislation prohibiting sexual harassment in the workplace, nor are there legal sanctions or civil recourse for workplace sexual misconduct. Because of the unspoken societal consensus that females are often at fault, women are less likely to submit a sexual misconduct complaint due to concerns around receiving accusations of soliciting men’s attention. Women in Yemen have to fight for rights in the workplace because no law requiring equivalent compensation for the labor of equivalent merit exists.

The Fight Against Gender Discrimination

Yemen sees women as secondary to males. Because of that, many women in Yemen cannot make important family decisions. In Yemen, there is no particular statute regarding spousal abuse. Females do not disclose abuse instances because they are afraid of arrest or further abuse.

According to Articles 51-72 of Yemen’s Personal Status Law, men can obtain a divorce with significantly fewer limitations than women. Furthermore, men’s rights to the guardianship of kids exceed that of women in the event of divorce.

According to UNICEF, 80% of the nation is reliant on relief aid. Therefore, impoverished Yemeni households resort to marrying their daughters off young in an attempt to ease the economic burden and obtain bare necessities. Fathers sell their daughters into marriage, and consequently, abruptly end their adolescence. This is a basic breach of human freedoms. In 2020, USAID-funded initiatives aimed to prevent forced child marriages by equipping more than 6,000 girls with essential competencies such as “problem-solving and decision-making.”

The Fight for Women’s Rights in the Political Arena

In the 2011 protest, women were key participants and continued to be throughout the subsequent domestic discourse. When the uprisings’ effect dissolved, the women ultimately experienced abandonment and could not promote their beliefs. Yemen does not have a policy that safeguards women. Instead, Yemeni legislation disparages them if they undermine any political organization.

Women in Yemen have virtually no authority to sway legislation in order to strengthen their roles. They do not have widespread popular political support due to the fact that a disproportionate number of men participate in politics. The men exclude women who promote or show any political interest.

Because of the importance of increasing political dialogue for women in Yemen, U.N. Women established the Yemeni Women’s Pact for Peace and Security platform. U.N. Women advocates for the inclusion of women in all political conversations.

Despite the marginalization of Yemeni girls and women, they are receiving assistance from major global organizations. These efforts have been essential in effectively working to promote women’s rights in Yemen.

Here are some facts about what Yemeni women face on a daily basis:

1. Being (legally) only half a person

In Yemeni courts, the testimony of a woman is not considered as seriously as the testimony of a man. Women are recognized as “half a person” in courts of law and, as witnesses, their testimonies are often dismissed completely. The only exception to this is if a case involves a situation in which no men were present, or if a woman’s story is confirmed by a man. Women aren’t even allowed to act as witnesses in cases concerning certain subjects (like adultery), even though they may have in fact witnessed the crime.

In Yemen, most women are forbidden to leave the house without the explicit permission of their husbands. Though they may leave in emergency circumstances, this societal law prevents many women from seeking educational opportunities, jobs and other resources.

Only 35 percent of Yemeni women can read.

For every dollar a man makes in Yemen, a woman makes only thirty cents. Many women are not allowed to work at all, as their husbands have forbidden it.

Worldwide, Yemen ranks 134 in terms of how many of its women receive an education.

Women suffer from unequal access to healthcare in Yemen. This especially complicates childbirth, leading to extremely poor maternal and child health in Yemen. One in 40 Yemeni women dies bearing a child – that’s six women every day.

The practice of child marriage is very common in Yemen. Nearly half of Yemeni women are married by age 18, and some girls are married off as young as eight or nine years old. Even Yemeni women that were not married as children must marry a man chosen for her by her father or she must, at the very least, marry a man her father expressively approves of. Women in Yemen have extremely little agency when it comes to matrimony; essentially, they must do as their fathers–and then as their husbands–say.

Lacking legal protection from domestic and sexual violence, Yemeni women are commonly faced with the dangers of these crimes.

Yemeni women are subject to the very whim of the men in their country, who can go so far as to “arbitrarily arrest” them for a handful of non-criminal acts. It’s not just cops who can do this – it’s any number of powerful men, including ministers and politicians. Female representation in politics is unusual in Yemen. All in all, Yemen is a man’s country.