Tag Archive for: Women In Agriculture 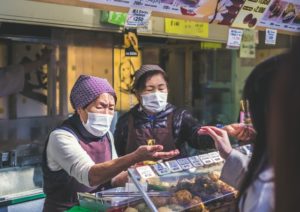 Amidst the COVID-19 pandemic, women have assumed positions of leadership in several fields to fight the virus. Women work hard at home to take care of their families, while also constituting a majority of those on the front lines in the global healthcare industry. They are discovering innovative new ways to generate income through agriculture, and are even manufacturing masks in refugee camps. Here are a few of the many heroic responsibilities undertaken by women during COVID-19.

Worldwide, almost 22% of women care for their families through unpaid labor, while only about 2% of men provide this kind of care. As caregivers at home, women play a crucial role in maintaining the safety of their families and communities. This task goes well beyond managing others’ physical health; women cook, clean, supervise children and elders and gather resources like water and wood. In addition, with lockdown measures, kids and other family members are home more often, increasing demands on these women.

During the COVID-19 pandemic, women have taken the lead in providing medical care for patients. Because women make up 70% of the global healthcare and social services industries, many women have now become essential workers and hold the huge task of caring for patients, often at the expense of their own safety.

Healthcare workers like Dr. Entela Kolovani of Albania have been treating patients day and night since the pandemic hit in March. Women in healthcare are juggling several roles as they take care of those who are sick while trying to avoid endangering their families. Women are working longer hours and facing new challenges every day. In describing her nurses, Dr. Kolovani said, “Their work never ends, from making up the beds of patients, to performing therapies, taking tests and filling in documents. I am so deeply grateful to them.”

The role of women during COVID-19 is not just limited to the healthcare field. Globally, nearly one out of every three women are employed in the agricultural industry; women in rural settings have inspired their communities to take safety precautions and earn income through farming. For example, in northwestern China, women in rural villages are ensuring compliance with social distancing practices are met and learning the trade of pig farming to earn extra income for their families. One such woman, Yan Shenglian, is training other women in this trade and teaching them the importance of women in the agricultural sector during COVID-19.

In addition, women in Cote d’Ivoire worked with UNICEF and the World Food Programme to spread health and sanitation measures to other women farmers. Along with the work already being done to encourage efficient farming practices, women in these rural villages are prioritizing food security and safety during COVID-19.

Of those affected by the pandemic, refugees have been disproportionately impacted. Nearly 80% of refugees are concentrated in low-income countries, where access to proper sanitation and basic resources is limited. As nearly half of all refugees are girls and women, the effect of COVID-19 on women refugees is especially high. However, these individuals have also stepped up to fight the pandemic. In partnership with the U.N., Rohingya women in the world’s largest refugee camp have made more than 50,000 masks for distribution. This initiative involved almost 50 families with female breadwinners, allowing these women to bring additional income to their families and teaching lasting leadership skills.

Women have stepped up to lead the fight against the pandemic in a plethora of ways. They are keeping communities safe while generating income. These are just a few examples of the many critical roles adopted by women during COVID-19; there is no doubt that their presence will continue to be instrumental throughout the pandemic and beyond. 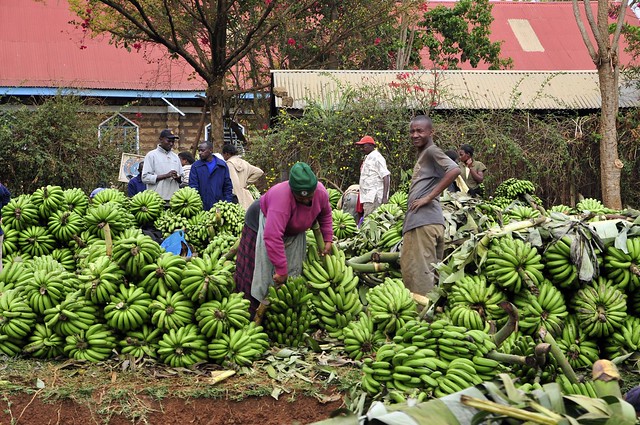 Agriculture in Africa is the cornerstone of sub-Saharan Africa, generating almost 23 percent of the continent’s GDP. Here, women are the backbone of the industry; yet, one in every four malnourished people in the world lives in Africa, and land laws are not as favorable to women as they are to men. The country-led initiative, Grow Africa, and the U.K. based charity, Farm Africa, are working to fix these disparities to help Africa reach its potential. Here are 10 facts about agriculture in Africa.

Top 10 Facts About Agriculture in Africa

Improving agriculture in Africa not only addresses food instability. In fact, it is likely to bring about political rights, a steady economy and lower rates of poverty.

Approximately 270 million Indian people live in poverty, the highest proportion of them women and children. Despite centuries of oppression and social exclusion, women’s empowerment in India is the key to success in alleviating rural poverty throughout the nation. Studies have shown that the poorer the family, the more they rely on the women of their families for survival.

Historically, Indian women have been tasked with collecting clean drinking water, fetching wood for cooking and ensuring other day-to-day tasks to keep their households running smoothly. A cultural shift has recently allowed more women to enter the workforce.

Indian women are proving to be absolutely essential for the future success of India’s growing economy. Many families depend on women’s earnings to keep them afloat and women have started turning to the agricultural sector for employment. Agriculture employs over 80 percent of India’s economically active women. As a result of more women turning to agriculture for work, the country’s agricultural wages have risen and the gap between male and female agricultural wage rates has shrunk.

The Creation of Self-Help Groups

Women’s empowerment in India has been a focus for the Indian government for a number of years. Across the country, self-help groups (SHGs) focused on empowering women have been introduced in rural communities. These groups are usually comprised of 10 to 20 local women from the targeted area. The goals of SHGs are specific to the community it serves, but generally are implemented with a focus toward training members in income-generating activities.

In 1998, a small village in India’s north-eastern Jharkhand state was crippled with poverty. The village of Teliya was ridden with severe food insecurity and very little money. Today, Teliya is a thriving village producing year-round cash crops and selling other products to national markets. This transformation began with an SHG.

Teliya’s SHG was started by PRADAN (Professional Assistance for Development Action), an India-based non-governmental organization. Funded by a New York-based social justice program, the Ford Foundation, PRADAN has focused on empowering India’s poor and has worked collaboratively with impoverished villages for the past 30 years.

The SHG implemented in Teliya encouraged women to save what money they could to start a community of resource sharing and investment making. Women in the area started contributing what little money they had over the course of a few months. After gaining new confidence, women in Teliya quickly became representatives for their community, unafraid to speak out for the rights of themselves and their families. Women’s empowerment in India has thus proven to be a success.

Teliya’s success story is similar to other SHGs. Most SHGs start out with a small number of women pooling their money to create savings for their community and to provide group loans to their other community members. PRADAN works as an outside supporter, giving the community or village the necessary tools to work from the ground up. The organization is currently working with villages in eight different states across India.

With the success of each SHG and organizations devoted to women’s empowerment in India, the number of people living in poverty steadily decreases. Continued progress toward gender equality will only serve to further improve the nation’s economic and social states. 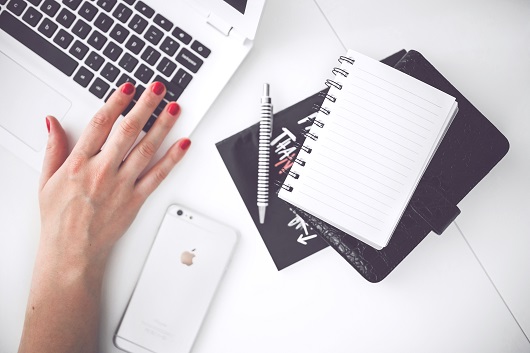 Women around the world experience poverty at higher rates than men because of certain customs and cultural norms. In many developing countries, women are confined to traditional roles and have limited access to capital, training and technology that could enrich their lives. Such inequality has broad consequences that affect not just women, but the entire community in impoverished regions. Empowering women and ensuring their health and safety correlates directly with ensuring food security for the whole community. The health and financial stability of mothers, in particular, has a huge influence on the welfare and nutrition of children.

The International Center for Research on Women (ICRW) has studied the ways in which the improved economic status of women positively affects children, families and societies.

Places where women have more social mobility and control over their finances also have lower child mortality rates, more transparent businesses and faster economic growth. In addition, children’s educational opportunities and job prospects are largely contingent upon their mothers’ incomes and financial stability.

The Role of Technology in Empowering Women

Access to technology also plays a large part in cementing gender inequality, especially in developing countries. For example, even though women constitute the majority of the agricultural workforce in developing countries, it is common for tools to be designed for men’s use, which makes them more difficult for women to use and also limits women’s productivity.

Women in these countries also have less access to information and communication technologies (ICTs), such as radio and mobile phones, that could facilitate better education and strengthen economic participation. When it comes to energy services in the home, many women struggle to find products that are clean, efficient, safe and affordable.

However, global efforts are being made to empower women and facilitate income-generating activities. In Kenya, the production of fuel-efficient cookstoves has created jobs for women and saved them money on energy. In China, India, Malaysia and Thailand, motorized scooters have increased safety for urban women and expanded employment and educational opportunities. Cisco Systems and UNIFEM have promoted ICT educational academies in the Middle East to give women more power and opportunities in the labor market.

The International Fund for Agricultural Development (IFAD) supports the efforts of nongovernmental organizations, the private sector and developed countries’ governments to empower women through technology. But they stress that women in developed countries must be included in such efforts. Specifically, they should be assisted to act collectively and be allowed to participate in the design process of new technologies.

This message has been heard by Congress. In November 2015, the House Committee on Foreign Affairs held a hearing on increasing opportunity for women through technology as a way of driving international development.

At the hearing, Sonia Jorge, executive director of the Alliance for Affordable Internet, advocated for policy reforms and investments that would expand women’s access to the Internet and other ICTs. Geena Davis, founder and chair of the Geena Davis Institute on Gender and Media, stated that such expansions ought to be crucial to U.S. foreign policy, since they would help “boost economic growth, empower democratic governance and advance global development.”