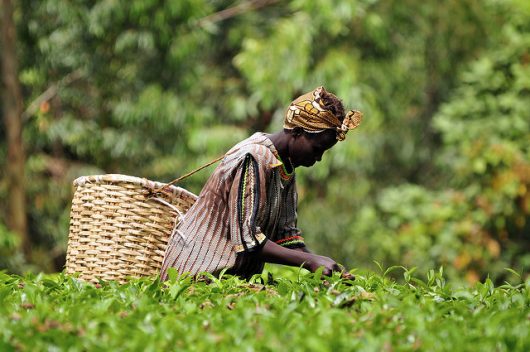 As people continue to notice the increase in climate change patterns, those who have been mostly affected by the alternations have come together to discuss solutions to the re-occurring consequences of climate change.

Many of these people are women from rural communities around the world. Women globally are combating climate change by standing up to the companies who provoke pollution in the environment, and collaborating with international organizations, like the United Nations (U.N.), to propose solutions to help those affected the most by climate change and help rebuild their livelihoods.

Over the past few years, reports have surfaced about the plights of women who live in rural communities around the world; many who depend on agriculture to make a living.  These plights often reflect the societal disadvantages rural women face, compared to their male counterparts.

A report published by the United Nations states that, “Women and girls are among the people most likely to be poor, to lack access to assets, education, health care and other essential services, and to be hit hardest by climate change.”

With this statistic proven as a reality for many women from rural communities, many of these women globally are combating climate change by reaching out and getting those in power to listen.

Several initiatives have been established in partnership with the United Nations, as well as other organizations, to combat the effects of climate change in international rural communities.

One such initiative is the Indigenous Women’s Divestment Delegation, which brought together indigenous women from North America to discuss solutions to the ever-present issue of indigenous territories being threatened by oil company exploitation. These companies will try to expand profits by overworking and mistreating local populations. In addition to the loss of sacred territory, these indigenous women also face the threat of climate change that can destroy their livelihoods.

According to Osprey Orielle Lake, executive director of WECAN, “Women are standing up for their own territories but also for the climate, for the water, for the forest, for the land. It’s important to understand that women who protect their land also protect the climate.”

Other Initiatives for Change

Women globally are combating climate change in nations like Bolivia and Mali, and have made significant efforts and collaborations with organizations to better assist women recover from the effects of climate change.

As women strive to protect their land against climate change and businesses who try and push them from their sacred territories, more effort can definitely be done to ensure that mother nature doesn’t destroy the livelihoods of mothers around the world.