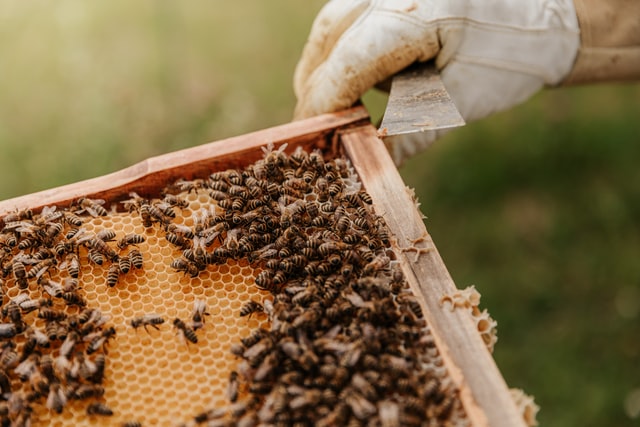 Angelina Jolie is widely considered one of the film industry’s most successful and famous stars. In 2020, she was the second-highest-paid Hollywood actress, earning more than $35 million for her work in films such as Marvel Studio’s “Eternals.” Additionally, Jolie’s humanitarian work has received a lot of attention, partnering with the U.N. Refugee Agency and launching the Preventing Sexual Violence in Conflict Initiative. She built her reputation as an advocate for global human rights and women empowerment. Recently, the actress joined forces with UNESCO and French perfume company Guerlain to jumpstart the Women for Bees program.

Beginning on June 21, 2021, the global “female beekeeping entrepreneurship” program will send 10 women each year “to a 30-day accelerated training course” in beekeeping at the Observatoire Français d’Apidologie’s (OFA) Domaine de la Sainte-Baume in Provence, France. After five years, the 50 total course participants will have gained a solid foundation of beekeeping skills.

Participants will also form a strong global network of fellow female beekeepers. Furthermore, participants will all be able to run their own professional apiaries, bringing in an income to sustain themselves for years to come. Jolie was appointed “godmother” of the Women for Bees program and will track the progress of the beekeepers. The collaboration between UNESCO, Guerlain and Jolie aims to promote biodiversity and support bees’ crucial role as pollinators while simultaneously empowering women in female entrepreneurship. According to UNESCO, the program “aims to enable women’s social emancipation through an expertise-driven sustainable professional activity.”

As the female participants progress through the Women for Bees program, they will be able to gain critical skills for long-term economic enhancement for both themselves and their larger communities. The initiative will involve UNESCO’s biosphere reserves located in areas such as Bulgaria, Cambodia, China, Ethiopia, France, Italy, Russia, Rwanda and Slovenia. About 2,500 hives are set to be built within 25 UNESCO biosphere reserves in the next four years.

On World Bee Day, Jolie generated buzz for the Women for Bees program by partaking in a National Geographic photoshoot with bees roaming her face. Dan Winters took the portraits as a photographer and amateur beekeeper himself. The photos aim to raise awareness of the importance of bees and the ability of the beekeeping industry to contribute to economic growth. During her interview with National Geographic, Jolie spoke about the connection between saving bees and supporting women’s entrepreneurship. Jolie explains that pollinating insects are “an indispensable pillar of our food supply.” Therefore, bees contribute to global food security. The Women for Bees program protects bees while “empowering women in their livelihoods.”