Tag Archive for: Women Empowerment and Employment in India 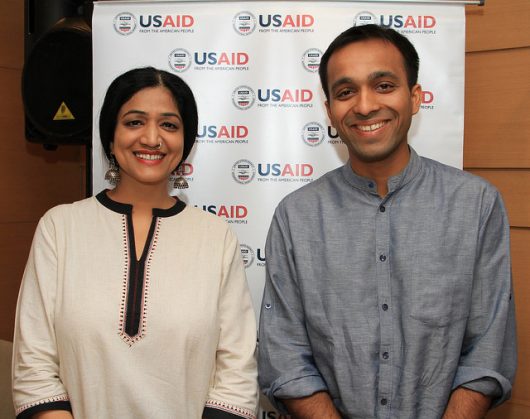 India has certainly made substantial progress in recent decades, but the country has a long way to go when it comes to women empowerment. According to a World Bank report, India ranks 120th among 131 nations in women workforce. Improving women empowerment and employment in India are very important steps in achieving a poverty-free country.

India falls short in female literacy rates in comparison to neighboring states like Nepal, Pakistan and Bangladesh; fortunately, though, the government is taking significant actions. To provide better education for the women, especially for the tagged “below poverty-level” families, the government has made concession packages on free books, uniforms, clothing and midday meals.

An article from the a 2016 Economic Times article states that “32 educational institutes have been built in villages of Rajasthan, Madhya Pradesh, and Tamil Nadu.” Things cannot change in one go, but efforts are being made to increase women literacy rates, which are crucial to women empowerment and employment in India.

India is not the only nation with frequent stories of domestic violence — it happens all around the world. The only feature that sets India apart from other countries is that most women in India suffer in silence. According to a study done by ICRW, 52 percent of women have experienced violence in their entire lifetime, and 60 percent of men admitted acting violently against their partners.

The rate of reported incidents have increased in 2013 than 2003 and reporting is higher in areas where women are more educated and vocal. Varsha Sharma, senior police officer in Crime Against Women cell in Delhi said, “it’s a good thing that the number of cases is consistently rising because it means that women are refusing to suffer in silence.”

The Labor Force participation rate has declined from 42 percent (1993-94) to 31 percent (2011-12). Nearly 20 million Indian women quit work between 2011/12 and May 2014. The predictable reasons for this occurrence have always been patriarchy, marriage, motherhood, late nighttime schedules and security.

The female participation rates have been dropping since 2005, despite having 42 percent of women graduates per graduating cycle. As article from Hindustan Times says, “Women want to work but there are not enough jobs being created.”

According to BBC news, another possible reason for this drop in employment could be the recent expansion of secondary education; that is, women opting to continue studies rather than join work. At the same time, getting a higher education also does not ensure that women will eventually go to work.

Ela Bhatt, Indian Co-operative organizer and activist, states a very important fact: “Employment is empowering. It helps women to develop their identity and when they become organized they build up courage and confidence to talk to the police, the courts, banks or their husbands as equals.”

India ranks fifth among all the nations in regard to skewed ratio of girls to boys. Gender discrimination begins at a very young age and starts, in fact, right from the beginning because of cultural preference for having a son rather than a daughter.

USAID, India and its partners are promoting programs of gender equality in the fields of food security, clean energy and environment, education, sanitation and health care. The outcome of these efforts was that 2.5 million girls and boys received equal attention and opportunity in classrooms.

India may be significantly behind in growth prospects with two thirds of women not working, so improving women empowerment and employment in India is very important to acquiring a more prosperous nation.