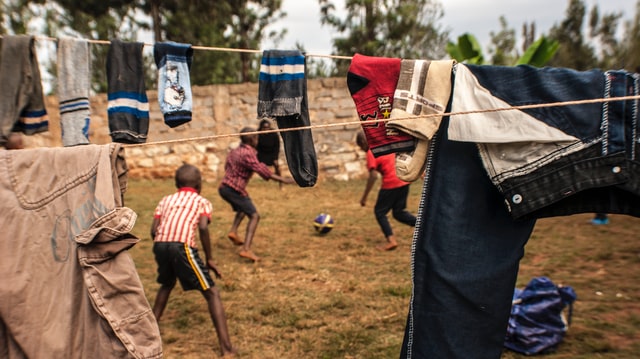 Africa is a continent rich in natural resources, accompanied by a vibrant culture that educates the youth in many ways. The oral storytelling, artwork and scientific advancements within Africa are why a new crop of rising African scholars see a brighter Africa for the educational and cultural development of the African future. Yet the previous generations of Africans, especially from the sub-Saharan countries, have faced a tough battle in attaining educational progress. Only two-thirds of children in sub-Saharan countries complete primary education, according to the Global Partnership for Education.

Studies from the World Bank showcased the correlation between educational attainment and overall lower unemployment and social outreach: a child who finishes primary school is more likely to finish secondary school and pursue university. Community centers and resources aimed at increasing education create a better array of job-ready individuals who will be able to create a new economy for countries in dire need of infrastructural change.

Giants of Africa is a nonprofit, pro-sport and pro-educational program that focuses on helping children around Africa with the opportunity of achieving high educational and athletic development. With annual inclusive camps, the founder and president of basketball operations for the Toronto Raptors, Masai Ujiri, has been working since 2003 to educate and cultivate physical, psychological and emotional development for underdeveloped communities. These camps have helped many exceptional African youth players find a pathway way into the NBA and the African National Leagues around the continent. However, more importantly, they have uplifted the educational and cultural development in Africa.

Ujiri has worked vigorously to do two things. First, he wants to find a new crop of African talent, both female and male, to a direct pipeline into the NBA and WNBA, or even collegiate programs. The basketball camps have been a safe place for many African youths to take shelter in. Second, he wants to establish a network of camps that help in the educational and cultural development of the youth in Africa. Ujiri’s specialization in sub-Saharan countries coincides with their growing population.

The combined average unemployment rate of South Sudan, Kenya and Nigeria is more than 25% and faces an unprecedented future without the investment of the rest of the world. Africa is an entirely different world with so much potential to blossom.

Educational Performance with the Necessary Tools

Research from a recent World Bank study demonstrates just how important youth development can be towards educational performance, cultural development and social mobility. These camps helped more than thousands of susceptible young children who are the future of Africa.

These results are more relevant now than ever with Africa housing a population in which more than 63% are under the age of 25. Inhabitants within sub-Saharan Africa make up the largest growing youth in the world. The attainment of formal education along with formal events of communal work services could impact the world on a global scale. A recent study that Richard Reeves, a British economist from the Brookings Institution, conducted, found that sub-Saharan countries do revere educational attainment and the social mobility that goes along with it. This goes hand in hand with the results of community outreach and higher-income status.

The lack of research on how community centers and funding have helped Africa grow economically and educationally is a testament to the lack of resources available to them. With the largest growing population in the world, the key to global porosity lies in sub-Saharan Africa.

The continent of Africa is now facing a period of educational advancement for the youth. This has occurred not only through the extravagant work of Masai Ujiri but also through the action of many grassroots organizations that see the potential in Africa. Countries like Ghana, Nigeria, Cameroon and Somalia are at a crossroads with the future of global society. Not only has Giants for Africa established a pipeline for extraordinary young basketball players to forge their journey into a better professional and educational future, but it is also helping the children who are also at a higher risk of not continuing their education.