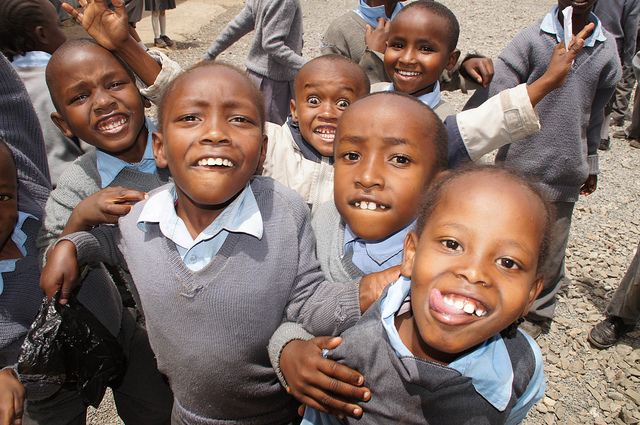 Kenya has spent many years trying to combat its poverty rate. According to UNICEF, Kenya is considered one of the most unequal countries in the world, with 42 percent of their population living below the poverty line. Eradicating poverty in Kenya has become paramount to the success of the country.

In 2010, the Kenyan government created a new constitution to help battle their numerous human rights violations. Most of Kenya’s population lacked basic needs such as healthcare, education, clean water and sanitation. The government held an election in 2013 where Kenyans were able to peacefully vote in the national and county governments. This vote ensured that children, no matter their social status, would be granted equal and basic human rights.

The Wings to Fly Program

The program allows children of secondary schools and vulnerable backgrounds to receive scholarships, guidance throughout their academic careers and coaching in leadership skills. As the program is very selective, applicants must be in the top fifth percentile on the Kenya Certificate of Primary Education examination in order to qualify, and must be living within a vulnerable economic status.

Students selected for The Wings to Fly Program attend what is a called an Education and Leadership Congress, where they are given to chance to learn and work with outstanding professionals from public and private sectors. The program advanced rapidly, with reported scholarships at about 8,671 — a long way up from the 5,000 that the program started out with.

However, Kenya cannot repel poverty just with one program alone. Along with Ghana, Kenya joined The Millennium Development Goal program. The first issue on Kenya’s list is to eradicate extreme poverty and hunger; the Ministry of Agriculture devised a plan called Strategy for Revitalizing Agriculture (2004-2014) and the Strategic Plan (2008-2012) inn order to accomplish this.

Both plans enforced critical mediation to improve agricultural sustainability, and bringing food to those in susceptible situations. Through these efforts, Kenya also created the Njaa Marufuku Project, which helps owners of small farms increase pilancy, while directly benefiting 3,860 farms per year and about 19,300 people over the course of three years. Eradicating poverty in Kenya is crucial for ensuring that the people, especially children, have enough food to sustain them.

According to the Oxford Business Group, Kenya’s economic structure has grown significantly since the 1990s and early 2000s; in 2013, growth for Kenya’s market grew to 5.7 percent. Henry Rotich, Cabinet Secretary for the National Treasury, made a statement in which he highlighted Kenya’s growth success as a direct correlation to improving the business environment, creating the standard-gauge railway, the completion of programs in constructing roads and energy sectors and lowering the overall cost of living.

Following the Kenya Vision 2030 plan, Kenya is in high hopes that the country will become a middle-income country, with immense industrialization levels and maintaining a high-level of living for its citizens. Vision 2030 encircles three important social pillars: Economic, Social and Political.

Recently, a Kenyan professor at MIT, Tavneet Suri, realized all of the significant changes coming about in her homeland. After doing some research and conducting a study, Suri credits much of Kenya’s economic growth to the use of cell phones and mobile banking.

Her research found that about 194,000 people had ascended out of extreme poverty thanks to mobile banking. Due to most mobile banking sites and apps that give suggestions on how to save and reduce the cost of transactions, much of the Kenyan population has learned new ways to make and save money.

Kenya, a country which has seen an irregular seesaw of growth each new year, still has a long way to go before destroying poverty altogether. However, with continuous efforts and solid programs in place, eradicating poverty in Kenya to the fullest extent will continue and allow Kenyan citizens to live inn happier and improved conditions.