Tag Archive for: Wines of Chile 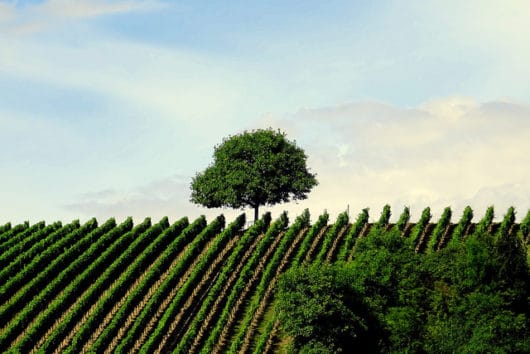 For decades, the Chilean government has worked hard to promote sustainable agricultural practices. These practices began through joint programs with United Nations Food and Agriculture Organization (FAO) in the 1980s, when both the government and farmers realized that growing organic crops will yield both better food products and higher profits as well.

The government also worked with the Government of the United States in buying more efficient and organic fertilizers and pesticides. Modern programs promoted by the Chilean government through their agricultural bureau have helped to grow the agriculture sector by about 3 percent in 2017, which was twice the growth of the nation’s GDP. By 2020, the Chilean government aims to be in the world’s top 10 list of food producers. Sustainable wine production in Chile will help them get there.

The agriculture sector in Chile employs about 800,000 people or just over 4 percent of the population. Out of the total agro-forestry exports, wine makes 2.9 percent. The majority of the wine production in Chile comes from small and medium-sized farms that are spread up and down the country. In 2009, Chile was ranked 5th in the world in wine exportation and 7th in wine production. This ranking has stayed relatively stable for the past decade.

Chilean wine is world renown for its quality. Because of this fact, it has also brought in much foreign investment and tourism. Modern-day investors see a stable and ever-growing market to invest in, while tourists see a beautiful country made better by great wine.

The secret of the wine production in Chile is two-fold. One is certainly the Chilean climate that helps to reduce the need for harmful pesticides since it is difficult for certain bacteria and molds to grow. The second is the government support of the sustainability code of the Chilean wine. The code that promotes sustainable wine production in Chile is given to the wine producers by a voluntary organization called Wines of Chile, that now has over 100,000 members. The organization provides uniform quality standards that wineries must meet to receive their stamps of approval.

The organization Wines of Chile helps wineries organize sustainable wine production in Chile by providing resources to help them earn the standard. A winery can receive three stamps that form a circle when combined. The first stamp is green for the vineyard. To earn this stamp a winery must prove that it is using sustainable methods to both grow and harvest its grapes. The second is orange that accounts for social dimension. A company must show social equality at all levels. The third is red for the process of the winemaking itself. The process includes all facilities and processes for getting the wine to market, such as bottling.

There are a few powerful benefits for receiving three stamps of approval. The first one is that it increases the marketability of the wine. Organic and sustainable labels make the wine more attractive, especially abroad. The second is that the resources available to the wineries allow them to grow and become stable. The third one is that it is great for the environment, that, in the end, allows for better harvests and longer use of the land.

In 2017, Chilean wine exports to China were worth over $250 million and to the United States, total exports were at $246 million. In 2016, Chilean exports totaled $1.8 billion. As sustainable wine production in Chile continues to grow and becomes even more successful, it will surely help Chile reach the much-desired place in the top 10 list of world’s food producers.