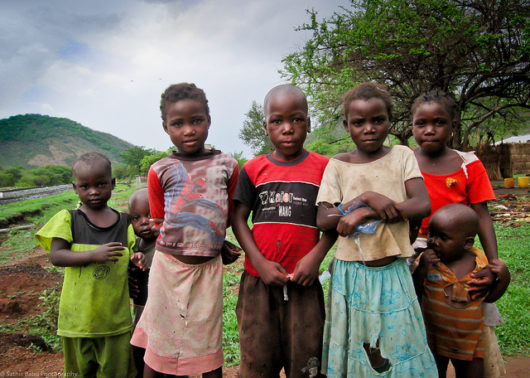 Poliomyelitis, often called polio or infantile paralysis is an infectious disease caused by the poliovirus. It is a devastating disease that primarily impacts children and it can survive in the wild, but not for long without a human host. There is no cure, therefore, immunization is the foundation for eradication efforts. Today, polio is almost entirely eradicated from the planet.

Global immunization campaigns have made terrific progress in decreasing wild poliovirus (WPV) cases by over 99 percent in the past 30 years, down from an estimated 350,000 cases in 1988 to 29 reported cases in 2018. While more work needs to be done, the world is closing in on the virus and all eyes are on polio eradication in Afghanistan, Pakistan and Nigeria– the three final endemic countries. In the text below, the status of polio in these three countries is presented.

Between the three countries listed above, in 2018 the most global polio cases were reported in Afghanistan. However, Afghanistan is the only endemic country not currently battling vaccine-derived polio, a form that can paralyze, in addition to WPV, which is a victory. The Global Polio Eradication Initiative (GPEI), in conjunction with Afghanistan’s Emergency Operation Centres, has dedicated continuing high-priority surveillance and instituted an aggressive immunization campaign to eradicate WPV in order to protect those most affected.

In November 2018, the country concluded an immunization campaign that targeted over five million children in the highest-risk provinces. These accomplishments are impressive, but at the same time fragile, because every single child must be vaccinated in this rapidly growing country. The Emergency Operation Centres are continuing to work under a National Emergency Action Plan and with local communities to ensure that all children are consistently reached now and in the future.

Polio could be eliminated from Pakistan this year, with continued strategic implementation. A vaccination campaign in December reached nearly 40 million children and the number of reported cases in the country is the lowest it has ever been. The race to the finish line requires continued focus on immunity gaps in high-risk and mobile communities, especially those that are close to the places where the virus is still indigenous, as well as continued accountability and high childhood vaccination rates.

Additionally, several of the endemic polio regions remain on the border with Afghanistan, which will require the two countries to continue addressing these WPV strongholds together. This region highlights the continued global threat of a virus that transcends geopolitical boundaries.

While WPV has never stopped circulating in Nigeria, there have not been any WPV cases since 2016. This is a terrific start towards wild polio eradication, but Nigeria has seen years without a WPV outbreak in the past only to see it return. The country is also managing continued vaccine-derived outbreaks. While immunization is paramount to eradication, some forms of the vaccine can infect patients and cause an outbreak. Though this adds a complex level to eradication strategies, immunization remains the most viable solution.

Currently, a variety of innovative solutions are underway to reach children in high-risk areas, including international immunization campaigns in the Lake Chad Basin whenever security permits, market vaccinations and seeking out nomadic communities. Similar to Afghanistan and Pakistan, continued efforts remain focused on closing immunity gaps, vaccinating all children and working with the country’s neighbors, but additional support for political and financial commitment is needed in Nigeria.

Wild polio eradication in Afghanistan, Pakistan and Nigeria is almost complete, but there are several challenges facing major vaccination efforts. In order to achieve elimination, every single child needs to be immunized. Even one unvaccinated child leaves the entire world at risk of infection.

There are, however, real challenges to this seemingly straightforward goal. Barriers like reaching children in mobile populations or in active conflict zones require international political coordination and more resources for mobile and stationary vaccination teams. Another major barrier is vaccine-derived polio cases, which threaten populations that don’t currently see polio in the wild. Research into the implications of adjusting the vaccine are underway and seek to address eliminating the spread of vaccine-derived infection.

It will not be possible to eradicate every disease with vaccination. Polio is one of the ones that can be. As global health efforts target polio eradication in Afghanistan, Pakistan and Nigeria, the world will likely be able to list polio next to smallpox and rinderpest on the coveted list of globally eradicated diseases.