Tag Archive for: Why is Suriname Poor 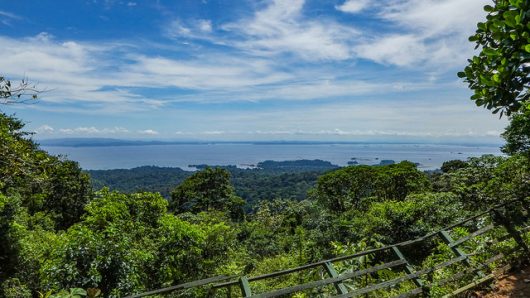 Suriname, one of the smallest countries in South America, is also one of the poorest. Nearly one out of every two people in Suriname are impoverished. Tucked between Brazil and Guyana and endowed with oil reserves, one may wonder: why is Suriname poor?

The most important answer to this question lies in Suriname’s exports. Economically, Suriname is heavily dependant on exporting commodities, namely oil and gold, for revenue. As market prices fluctuate, so too does Suriname’s economy.

Mining for said commodities is the main source of employment in the nation. Stagnant markets cause production to slow and unemployment to jump. From 2014 to 2015, Suriname’s unemployment rate climbed from 6.9 to 8.9 percent.

The country’s GDP decreased two percent in 2015 and 10 percent in 2016—more than eight full quarters of economic contraction. A country is considered to be in a recession after just two.

The sharp increase in supply, coupled with the plateauing of China’s demand for crude, depressed the global price. This led to a decrease in Suriname’s exports and public revenues. Couple that with the announcement that Alcoa, a major U.S. aluminum company, was ending its operations in Suriname after 100 years of activity—Suriname’s economy entered free fall.

Currency Issues
In response to the recession, Suriname experimented with a number of monetary and fiscal policies. The Suriname dollar was devalued by 20 percent amid the drop in oil prices, was unpegged from the U.S. dollar and, by the end of 2016, had lost more than 46 percent of its total value.

Suriname also implemented austerity policies in last two years to reign in spending and raise revenue. As a result, the Suriname dollar inflated over 50 percent in 2016.

In regards to the question “why is Suriname poor?”, there are a few big takeaways:

The short and mid-term economic forecasts for Suriname are bleak, according to economists. Economic contractions are expected to continue throughout 2017. However, the discovery of another offshore oil deposit has given the nation hope. With foreign investment and revenues from another oil project, Suriname might stabilize its economy, which will allow it to restructure to rely less on exports.