Tag Archive for: Why is Nauru Poor 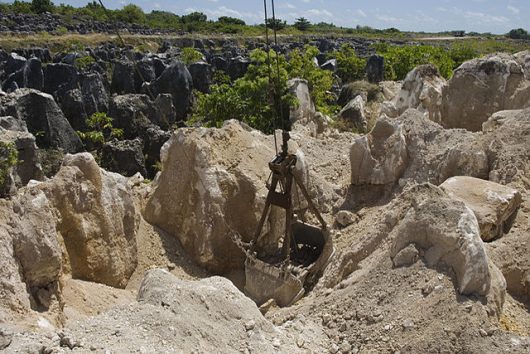 In recent years, news about the small island of Nauru pertains to the violation of human rights for asylum seekers. However, what is not being discussed is why these people are seeking asylum in the first place or why Nauru maintains the third highest proportion of refugees per capita in the world. The explanation partially lies on the deterioration of the country’s wealth over the last few decades. So, why is Nauru poor?

In fact, the country was not always poor. In 1980 Nauru became the wealthiest nation globally, per capita. The country’s natural resource endowments were recognized for this feat. Large deposits of phosphate were discovered in the late 19th century across the island, and once Nauru gained independence in 1968, intensive mining boosted the country’s income.

After this, Nauru seemed to experience what is called the “resource curse.” While the country’s specialization in phosphate mining originally provided wealth, Nauru experienced a drastic economic collapse when phosphate ran out in the early 1980s.

The country was then left with was a series of long-term problems. Today, 50 percent of households in Nauru live on an average of only $9000 a year. As phosphate mining had such a destructive toll on the environment, 80 percent of the island has been labeled wasteland and threatens the remaining resources. Because the phosphate specialization drove away other business previously developed in the country, it now obtains limited revenue, and the unemployment rate in 2011 rested at 23 percent.

While this has improved the incomes of families in Nauru, the country has faced much backlash due to the living conditions of the refugees sent to the country. Consequently, a new deal is being formulated to move these vulnerable groups to other areas including Cambodia and the United States. This will leave Nauru, again, without the revenues necessary to keep its people from poverty.

Reverand James Aingimea, a minister of the Nauru Congregational Church confessed to the New York Times, “I wish we’d never discovered that phosphate…When I was a boy, it was so beautiful… Now I see what has happened here, and I want to cry.” This pain can be felt across the island where the residents bear witness to the question, “why is Nauru poor?” The exploitation of Nauru without environmental protection or diversification in the economy has led the nation to a state of dependency.