Tag Archive for: Why Is It Important to Vote 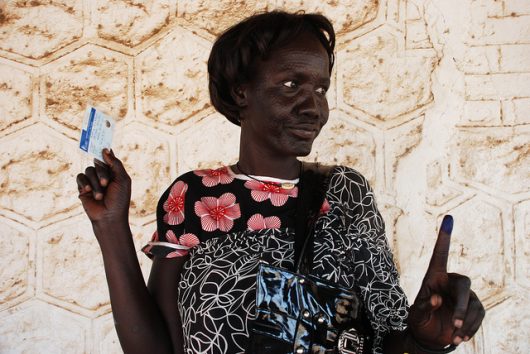 Why is it important to vote? Because voting sends a message to politicians that the changes they are making and the laws they are passing have the approval of the people.

Lyndon B. Johnson stated, “The vote is the most powerful instrument ever devised by man for breaking down injustice and destroying the terrible walls which imprison men because they are different from other men.” This truism is important for anti-poverty activists to remember as they enter their polling places.

The Power of One

It is important to vote because many candidates for political offices are voted in by only one or two votes. The same goes for important issues that are passed into law. The people who are most likely to be affected by changes in legislation or political power, such as the poor, minorities and the disenfranchised, are the least likely to vote.

The supreme court has taken steps to ensure that voter ID laws do not institutionally discriminate against groups of people. The right to vote is not dependent on whether the voter is more or less likely to be impacted by the results. Theodore Roosevelt said, “A vote is like a rifle; its usefulness depends on the character of the user,” because each vote that is cast is important and has an impact on the political climate of America.

John Quincy Adams sums up the reason why anti-poverty activists and other people wishing to make lasting changes for the better need to go out and vote when he said: “Always vote for principle, though you may vote alone, and you may cherish the sweetest reflection that your vote is never lost.”

A Tool for Change

So why is it important to vote? Voting is a powerful tool that can be used to make positive changes to social policy.

While marches and rallies are an important way to help inform people about various social issues, voting is a more powerful and useful tool for change. Morgan Carroll in “Take Back Your Government: A Citizen’s Guide to Making Your Government Work For You” eloquently expresses the power of a vote when she says: “When there’s a vacuum of public input, lobbyists usually fill it. But when there’s public input, the people usually win.”

Why Is It Important to Vote?

It is crucial for anti-poverty activists and others who want to make lasting and beneficial changes to social policy to get out and vote. Franklin D. Roosevelt expresses the power of voting and the answer to the question “why is it important to vote?” when he said: “Nobody will ever deprive the American people of the right to vote except the American people themselves and the only way they could do this is by not voting.”