Tag Archive for: Why is Eritrea Poor 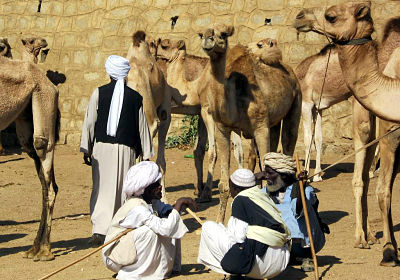 It easy to simply throw every poor country into the same bucket and assume that it will always remain so. However, every nation has a different past and a different culture, which is one of the reasons that we must take these factors into account when judging how well they fare today. Most countries, such as Eritrea, a relatively small country on the African coast, have complex backgrounds. In an effort to better understand the current state of the country, one must first ask the question: why is Eritrea poor?

Eritrea’s modern history dates to the late 1800s. It was during this time that European colonization was widespread throughout Africa. In Eritrea’s case, the Italians invaded during this time.

The country tolerated the Italians up until World War II when the British took control of the area. At this point in time, Eritrea was a relatively well-developed country. In the 1950s, due to Ethiopia’s sacrifices in World War II, the lands that now belong to Eritrea were “awarded” to Ethiopia.

If the country was so developed then, why is Eritrea poor now? The concise answer to this is that Ethiopia was poorer than Eritrea, and thus the Ethiopian government focused on building strong industries within Ethiopian lands and neglected the Eritrean economy. This marked the beginning of the country’s recession. Then, in 1961, the most influential event in Eritrean history began: the war for independence from Ethiopia. This left little resources for the development of a stable industry.

What made this war especially chaotic was the continued influence of the Cold War. These events complicated matters so much so, that it left little resources for development of a stable industry. Why is Eritrea poor? This is why.

The war ended in after 30 years in 1991 and the country was formally established in 1993. Unfortunately, the Ethiopian military destroyed large parts of the country during the war, including whatever industrial buildings Eritrea had to its disposal.

An effective government was not established yet, and many Eritreans, during and after the war, had to fend for themselves. Eritreans were left to their own demise that they developed a culture of self-reliance, which they now pride themselves in.

This self-reliance, in the end, turned out to be more harmful than helpful. In 2006, during a severe drought, the country’s government declined humanitarian aid from NGOs such as the U.S.-based Mercy Corps and the Ireland-based Concern for this reason. At this time, 80 percent of the population lived off of subsistence farming, and the country housed an undernourished population of about 30 percent. Eritrea also had to recover from another war with Ethiopia, which lasted between 1998 and 2000.

Why is Eritrea poor? The answer to this question lies in the country’s conviction of trying to make ends meet on its own and its endless clashing with Ethiopia.

Due to these issues, the international community has not been very keen to invest in the country more recently. Eritrea has industries which are waiting to be capitalized on, such as minerals and a wide seafront, but it has a lack of money to begin these endeavors. Landmines left over from the previous wars also make mining especially expensive, leaving mineral deposits untouched.

There is an improvement on the horizon though: the Eritrean government is paying its citizens more fairly and is looking do some initial landscape scouting for mining. Furthermore, the country’s GDP has consistently grown since 2008.