Tag Archive for: Why Bangladesh is Poor 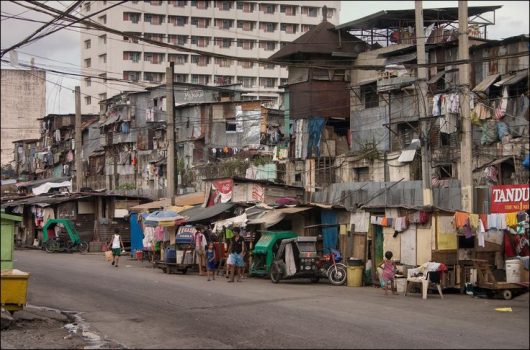 In 1947, the British rule over India ended, and East and West Pakistan was established on either side of India. It wasn’t until 1971, after a nine-month war, that the Bengali nationalists won independence from Pakistan and became what is now known as Bangladesh. Today the country is a densely populated country of approximately 162 million people. The poverty rate in Bangladesh is reported at 31.5 percent.

One of the reasons why there are so many people below the poverty line in Bangladesh is because of the country’s struggle to become established. Bangladesh only became a country 46 years ago and the transition from being part of a co-existing country to an independent one has not been easy.

From 1975 to 1991, the country went back and forth between being ruled by a military coup and parliamentary government. Finally, in 1991, Bangladesh established a parliamentary system that is currently being used today. However, from 1991 to 2009, there was a cycle of two leaders that were running the country. One leader would serve two terms and then the other leader would serve the next two terms, causing instability in the country that did not allow focus on Bangladesh’s citizens.

There is a wide gap between upper-class and lower-class citizens in Bangladesh. This is mostly caused by cities such as the capital of Bangladesh, Dhaka, drawing people away from impoverished regions, leaving these areas to become even poorer. The distribution of goods is focused on these cities, which makes it more difficult for rural areas to make a living.

There are several reason why Bangladesh is poor. Even though there is some stability now and the GDP has been rising over the past few years, the lower classes still experience a lack of education, life expectancy and infant mortality rates that are concerning. These factors are what holds the country back from making advancements to become a developed country.