Tag Archive for: Why Are Palestinian Territories Poor? 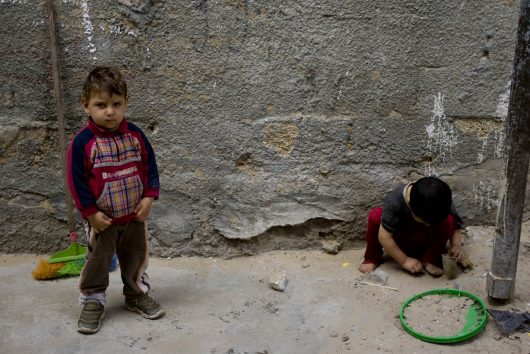 In recent years, the struggle of the Palestinian Territories has become increasingly publicized. The territories, located in the Gaza Strip and the West Bank, are the center of the Israeli-Palestinian conflict. The increase in attention given to this conflict and related issues often raises the question “why are Palestinian territories poor?”

The Palestinian territory poverty rate is said to be 25 percent of the total population, with an unemployment rate of 27 percent. After the recession in 2014, the World Bank reported in 2015 that the region was becoming poorer for the third consecutive year. Currently, there are three main causes of poverty in the Gaza Strip and the West Bank.

The long-standing conflict between Israel and the Palestinian territories has created political instability and has been a cause of economic turmoil in the region. One example of this is the Gaza Blockade that Israel instated in the 1990s and intensified in 2007. This blockade severely reduced the mobility of Palestinians in the area and their ability to find work. The trickle-down effect of the blockade (as well as other results of the conflict) is that aid is less accessible for the impoverished in the community.

A secondary, but major, cause of poverty is an increasing unemployment rate, which also stems from the political and economic instability. The May 2017 issue of This Week in Palestine reports that over 400,000 people are unemployed in the two regions of the territory. Most of the unemployed are youths, many of whom are recent graduates. The Palestinian Ministry of Labor is unable to effectively create jobs to solve this unemployment crisis affecting the population.

Issues with infrastructure can be crippling. BBC reported in 2014 that issues with electricity and other infrastructure perpetuate the struggles those in the territories face and can lead to further hardships. A survey from the ADBI Institute, “The Impacts of Infrastructure on Development: A Selective Survey,” stated that “development economists have considered physical infrastructure to be a precondition for industrialization and economic development…” Therefore, with inconsistent electricity comes unreliable healthcare and water supply. The BBC report outlines this by stating “[electricity power cuts] will disturb electricity for the whole population of Gaza; almost two million people will suffer.”

The solution to the question at hand, “why are Palestinian territories poor?”, is not a simple one, nor is it one without political complications. However, the chief of the United Nations, António Guterres, believes that the solution to these causes of poverty in the Palestinian territories lies with the United Nations resolution 1860, which refers to the Security Council resolution from 2009 which called for an immediate end to the fighting between Israel and Hamas and lifting of blockades for food, fuel and medicines. He also believes that immediate and increased humanitarian aid can help uplift and stabilize the region, which in turn gives the people opportunities to create and fill jobs, especially reconstruction-based jobs. The solutions posed by the United Nations could eradicate these causes and alleviate poverty in the Palestinean territories.