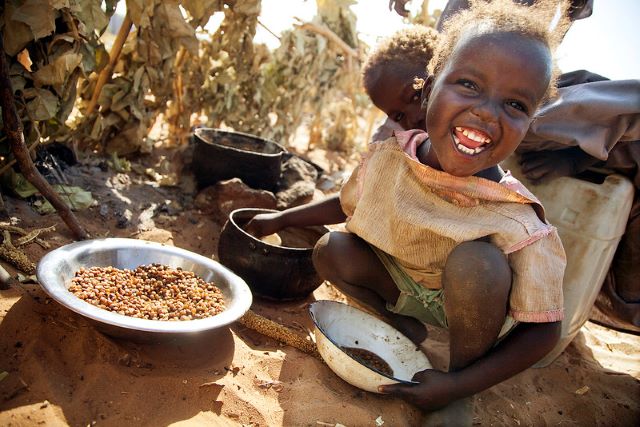 Sudan’s position on the list of states that sponsor terrorism restricted their trades, imports and economy. However, with the recent removal, Sudan has already reaped the benefits of foreign aid from the United States. USAID approved a $20 million payment to the World Food Programme to provide a massive 65,000 metric ton shipment of wheat to Sudan.

The $20 million shipment of wheat to Sudan is part of an $81 million commitment from the U.S. to help Sudan fight poverty and hunger. This contribution will bring its total aid for the fiscal year to over $400 million, making the U.S. the largest aid sponsor to Sudan.

Sudan’s removal from the list of states sponsoring terrorism was contingent on Sudan’s recognition of Israel as a nation.  After such recognition, Israel also sent a $5 million wheat shipment to Sudan.

While Sudan has found recent diplomatic success, its plight as a nation remains dire. Nearly half of Sudanese people are in poverty, with 46% living under the poverty line as of 2018.

Roughly nine million people will need food assistance in 2020, up by 9% from 2019, as widespread poverty has been worsened by the effect of COVID-19 on the economy.

The rampant poverty in Sudan has led to extreme numbers of children suffering from hunger and malnutrition across the nation. The number of children facing emergency food insecurity levels doubled over the last year to 1.1 million. According to Save the Children’s country director in Sudan, Arshad Malik, “120 children are dying every day due to malnutrition.”  Overall, 9.6 million individuals in Sudan are food insecure as a result of lockdown restrictions, a weak economy, natural disasters and conflict.

Although the weak economy has waned further from job losses and food prices soaring from economic restrictions, food aid remains the first priority for Sudan and USAID. Additionally, Sudan has suffered from its worst floods in 100 years, which has caused massive destruction due to vast underdevelopment. USAID granted another $60 million in aid for Sudan to recover from flooding and fight waterborne diseases that can spread during floods.

Sudan’s new democracy undoubtedly faces short and long-term obstacles with regard to the country’s development and stability. Natural disasters, economic woes, poverty and hunger, cripple an already struggling nation. The shipment of wheat to Sudan from USAID is crucial for helping the people of Sudan meet their daily needs and alleviating hunger and poverty. Extending the olive branch of foreign aid creates interdependence between nations and encourages peace and prosperity. Bringing nations such as Sudan out of poverty creates a more secure, just and prosperous world. 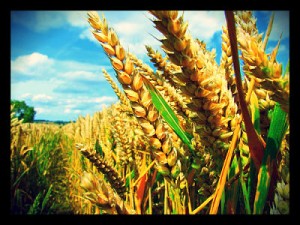 The United States, Australia, and India have come together to develop climate-resilient varieties of rice and wheat that make up two of the “big three” crops that are imperative to feeding people worldwide. The United States Agency for International Development (USAID) is supporting a new public-private research partnership between the Australian Centre for Plant Functional Genomics (ACPFG) and India’s Vibha Agrotech.

With ACPFG’s unique gene technologies that are already in use and Vibha’s field evaluation and rice transformation capabilities, farmers will acquire new rice and wheat varieties that will allow more stable crop production when facing sudden drought and evolving salt-water intrusion. The most successful varieties evaluated will eventually be transferred into the varieties that the farmers already grow.

While the research and crop growth will take place in Australia and India in the preliminary stages, the technologies will eventually be available to developing countries globally. The climate-resilient crops will be most useful in countries where climate change and subsequent stresses impact cereal yields and will help to ensure that farmers will have a good harvest despite these unpredictable climate changes.

The partnership is part of Feed the Future, the US Government’s global hunger and food security initiative. According to Dr. Julie Howard, USAID’s Chief Scientist in the Bureau for Food Security and Senior Advisor to the Administrator on Agricultural Research, Extension and Education, in order to ensure food security, global food production must increase by 60% by 2050. Unfortunately, climate change is already affecting yields globally. “That means we must use all the tools available to us to grow more food on less land and with less water,” she said. 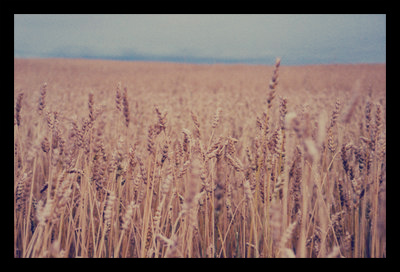 As part of the United States’ initiative to ensure food security, Feed the Future, USAID is funding research at Washington State University that will aim to create heat-resistant varieties of wheat better suited for harsh climates around the world that struggle with adequate food sources. Researchers hope to obtain the first temperature-tolerant breed of wheat within five years.

Also taking part in funding the research is the Indian Council of Agricultural Research (ICAR) and the Directorate of Wheat Research (DWR).

Because a wheat plant’s productivity falls significantly at temperatures above 82 degrees, researchers will study certain breeds of wheat to determine and then isolate the genes associated with the ability to tolerate higher temperatures. The research will take place in the North Indian River Plain, where issues such as food scarcity and a booming population of over 1 billion people are stretching resources extremely thin.

Although the North Indian River Plain will be the focus of the research, participants acknowledge the impact that heat-resistant varieties of wheat can have in a world of impending climate change and global warming, coupled with increasing populations on nearly every continent.

Kulvinder Gill, project director, stated “The newly developed ‘Climate Resilient’ cultivars will be better equipped to deal with these challenges. The project will benefit all wheat-growing regions of the world, as heat during flowering is an issue in most of the wheat-growing regions.” 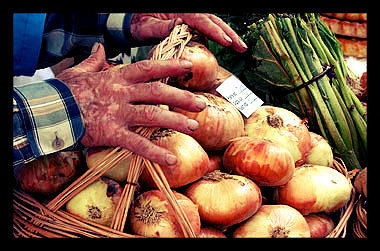 A billion people in the world suffer from hunger or malnutrition. While most of the world’s hungry live in places with high rates of extreme poverty, such as Africa and the Middle East, many also live here in the United States. Some consider a billion hungry people the definition of a global food crisis. Others say that things could get much worse. Either way, hundreds of social, agricultural, and humanitarian organizations are working to alleviate hunger and improve food security in the world’s most vulnerable regions.

Over the last five years, droughts, extreme temperatures, and unusual weather in some of the world’s most productive agricultural regions, including the US, have caused prices for wheat, corn, soybeans, and other food staples to increase dramatically. This has led to higher prices for many food products, especially animal products. As usual, the world’s poor have been most affected by the increase in prices. For those who either spend a substantial amount of their income on food or rely on subsistence farming to feed themselves, a certain increase in the price of food directly results in ongoing hunger and food insecurity.

Different crops affect various populations in distinct ways. Rice and wheat are the two major cereal staples in the diets of the world’s poor. Therefore, as long as those prices remain stable, a global food crisis can be averted. While increases in the price of corn will affect gas prices and meat prices, this will not necessarily contribute to a global food crisis. Most corn grown in the US is either manufactured into ethanol or fed to livestock, and the world’s poorest people cannot afford to buy much meat or gasoline in the first place.

However, a low yield of one crop can put pressure on the production and export of other crops. When the corn crop suffered in 2012, this caused an increased demand for wheat as livestock feed. This demand drove up the price of wheat, and reduced the supply of wheat available for export to places such as the Middle East, where much of the population relies on imported wheat for sustenance.

Economists and food experts warn against overreacting to high prices, as panic can create tighter restrictions and more problems. In order to begin to solve the global food crisis, we must focus not on what has gone wrong, but on what can be done to increase agricultural yields, implement sustainable farming methods, improve consumer access to affordable, healthy food, and help more of the world’s poor achieve food security.

The UN Children’s Fund (UNICEF) has recommended that structural causes of food insecurity be addressed through the complementary techniques of short-term emergency aid and long-term sustainable development and poverty reduction efforts.