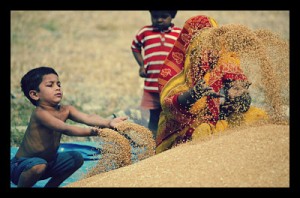 The United States and India have teamed up to develop new wheat varieties. This multimillion-dollar project aims to create new types of wheat that can live in high temperatures. In response to global warming, there is an overwhelming need for such wheat varieties since this plant does not easily adjust to changes in temperature. Given that wheat is a significant component of people’s diets around the world, scientists recognize the urgency behind this project.

The US Agency for International Development (USAID), the Indian Council of Agricultural Research (ICAR) and the Directorate of Wheat Research (DWR) are funding the experiment. Although scientists from the US and India are involved, the project is led by an Indian American from Washington State University.

The new wheat varieties will help with the U.S. and Indian anti-hunger campaigns and the US’s Feed the Future food security program. Hopefully, we will begin to see the new wheat relatively soon. USAID has set a goal of developing the first set of “climate-resilient varieties” within five years.

As the planet continues to get warmer and the population increases, it is vital for global food security that the scientists are successful. The current wheat becomes less productive when temperatures are about 82 degrees Fahrenheit and lose four percent productivity with every few degrees of increase in temperature.

Together, scientists from Washington State University, Kansas State University, and DuPont Pioneer, a seed manufacturer, along with India’s Directorate of Wheat Research and National Bureau of Plant Genetics Resources and four other Indian universities, are confident they can successfully develop the new wheat within five years.