Tag Archive for: What Makes a Country Developed 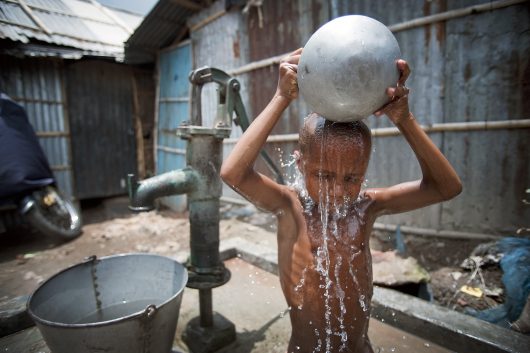 What makes a country developed? The commonalities between developed countries include an improved quality of life and greater access to basic necessities. Conversely, underdeveloped nations around the world also share common characteristics. Citizens suffer from preventable diseases, extreme poverty and lack of access to healthcare and clean water. Understanding the characteristics of underdeveloped countries can allow for a more strategic aid process to contribute to their development.

The former Secretary of the United Nations, Kofi Annan, said that a developed country is “one that allows all its citizens to enjoy a free and healthy life in a safe environment.” While this may be an oversimplified statement, it highlights key issues that must be addressed in order for a country to develop. Here are some characteristics of underdeveloped countries.

Many measures can raise life expectancy while decreasing overpopulation and deaths resulting from preventable diseases. This includes using technology to help medical clinics in rural areas, increasing the number of wells, utilizing solar sanitation systems, revamping national education standards and having a sharper focus on vaccines.

Similarly to life expectancy, literacy rates and educational systems are telltale signs of a developed country. While countries like Norway consistently maintain a 100 percent literacy rate, underdeveloped countries, such as Niger, maintain an estimated 19 percent. While primary school is mandatory for most of the world’s children, many drop out in underdeveloped countries. The lack of secondary and vocational education for children prevents them from entering the workforce later in life. This can be combated by revamping curriculum and teacher training and by enforcing internationally recognized standards.

The economy factors greatly into what makes a country developed. Lack of income prevents people from access to basic human rights such as clean water, food and preventable measures against disease. While only 15 percent of Americans live in poverty, over 60 percent in the Congo and neighboring countries do. With additional aid, underdeveloped countries can increase credit access and improve agricultural and infrastructural systems, which would produce food and create jobs simultaneously.

Overpopulation is another characteristic of underdeveloped countries. Lack of education and birth control have contributed greatly to high fertility rates. In countries like Chad, for instance, only five percent utilize contraception. It has contributed to high birth rates, a population in which the majority are adolescents and have low life expectancies. Better education and access to birth control can balance the booming population in underdeveloped countries.