Tag Archive for: What is USAID 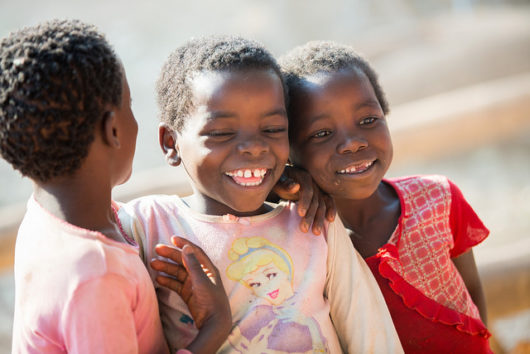 The United States Agency for International Development (USAID) is often brought up when people talk about spending bills for foreign aid and in policy reports analyzing the government foreign assistance programs. They do not explain what USAID actually is, what its purpose is, who is in charge of it, or what are its responsibilities as an organization.

The text below will go through the history of USAID, its importance to the United States government, and the organization’s responsibilities in the fiscal year 2019.

In the fall of 1961, U.S. Congress passed the Foreign Assitance Act. This act formally separated military and non-military aid since before this point political and military spending was not differentiated from development spending. The bill also mandated for the creation of an agency that will be responsible for managing the new category of economic and development aid. President John F. Kennedy, shortly after the passing of the bill, created USAID by executive order.

The creation of USAID unified several existing programs and operations, including the Food for Peace Program, loans from the Development Loan Fund and the economic assistance from International Cooperation Agency. By unifying these operations, USAID provided a new focus on aiding other countries.

Who is in charge of USAID and what is USAID responsible for?

USAID largely follows the policy directions of the President, State Department and the National Security Council. It can be stated with the certainty that it is not a completely interdependent agency. USAID is not responsible for military aid whose responsibility falls primarily to the Department of Defense. Instead, USAID is concerned with humanitarian and development aid.

Since its formation, USAID’s scope of humanitarian aid expanded. USAID’s assistance now includes global health, gender equality, water and sanitation, education and many other categories. It also works in several regions all over the world including Asia, the Middle East and Africa.

A good example of what USAID does as an organization is the program called Promoting Gender Equality in National Priority Programs Project (PROMOTE) in Afghanistan. This program aims to increase female participation in the total workforce by offering women internships to build up their resume and network.

It will also help the economic development of Afghanistan by creating a larger workforce. According to an evaluation made by USAID in 2017, 237 women got a job in the first year of the program’s implementation. Also, 98 percent of the women who were helped into internships by USAID reported that they were working in a women-friendly workplace.

What is USAID planning on doing in 2019?

USAID and the State Department will receive $39 billion from the president’s budget. USAID is responsible for managing $16 billion of this amount that is just below half of all the money allocated to foreign aid. USAID hopes to accomplish several objectives in the fiscal year 2019 including providing leadership in response to national disasters and human crises, improving global health by stopping the spreading of diseases and improving transparency of the organization’s activities and its spendings.

To summarize, what is USAID? USAID is an organization that is the primary executor of foreign aid spending of the United States. It oversees billions of dollars every year with the goal of helping developing nations economically, socially and politically. USAID does this through the creation of government programs to help those who need it most.

Want to really know what the United States Agency for International Development (USAID) is doing? To learn more about USAID, go explore their official video channel. See videos about agriculture, development, health, war and famine relief, videos in the field, and on the ground showing their progress and impact.

The bigger overall question though: What is USAID, really?

USAID is the agency of the US government that handles all international affairs relating to diplomacy, development, and foreign policy. Started in 1961 by John F. Kennedy, USAID works in over 100 countries, creating markets and trade partners, protecting human rights, food security, and the environment, addressing health issues, prevention and recovery from conflicts, reduction of poverty, basic humanitarian response, and addressing US interests and security. While all of this is massively challenging and consuming work, USAID tries to do it all while working with less than 1% of the total federal budget.

One of their agendas is to make all governments more transparent, accessible, and accountable in order to build democracy worldwide and “make every voice count.”  In partnership with Sweden, the UK Department for International Development (DFID), and Omidyar Network (ON), they have launched an inclusive campaign for citizen involvement; a global fund to support innovation, scaling-up, and research that will harness new technologies to enable citizen engagement and government responsiveness.

Want to know more of the inside scoop about what they’re doing and what it all means? Click here.