Tag Archive for: What is Genocide 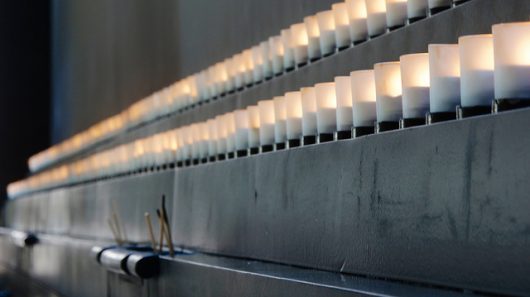 Answering the question “what is genocide?” can be done as easily as looking in the dictionary. The word comes from the Greek prefix genos, meaning race or tribe, and the Latin suffix -cide, meaning killing. Putting the prefix and suffix together, Merriam-Webster defines genocide as the deliberate and systematic destruction of a racial, political or cultural group.

While the dictionary definition is technically accurate, there is much more information and context necessary to truly answer the question “what is genocide?”

The term “genocide” was first coined in 1944 by Polish lawyer Raphäel Lemkin to describe the Holocaust. Lemken created the term to describe what the Nazis were doing to European Jews. During the war, Lemken saw every member of his family except his brother killed by the Nazis. More than six million Jews were killed by the Nazis in a targeted attempt to destroy the Jewish people.

After the war, Lemken fought to have genocide recognized as a crime under international law. During the Nuremberg trials, Nazi officials were charged with crimes against humanity, and genocide was used as a descriptive term for their actions. Genocide was recognized as a crime under international law by the U.N. General Assembly in 1946, and in 1948 the U.N. approved the Convention on the Prevention and Punishment of the Crime of Genocide (the Genocide Convention).

The Genocide Convention defines genocide as any of five acts committed with intent to destroy, in whole or in part, a national, ethnic, racial or religious group. These acts are killing members of the group, causing serious bodily or mental harm to members of the group, deliberately inflicting on the group conditions of life calculated to bring about its physical destruction in whole or in part, imposing measures intended to prevent births within the group and forcibly transferring children of the group to another group.

There are some critics who say that the U.N. definition is too narrow. It is incredibly difficult to prove “intent,” difficult to determine the definition of “in part,” and the definition does not include political groups, social groups or the destruction of a group’s environment. There are also complaints that the term “genocide” is overused and misused, often in relation to actions not meant to destroy a people group.

Asking the question “what is genocide?” should also lead to an understanding of why recognizing genocide matters. While genocide is not commonplace, its effects are devastating. The U.S. Holocaust Memorial Museum lists four instances of genocide since 1990. These occurred in Bosnia and Herzegovina, Rwanda, Sudan and Iraq. These four genocides resulted in a death toll in the millions. These high casualty counts demonstrate why recognizing and responding to genocide is a necessity.

Genocide continues to be an issue today, as many are accusing the Burmese government of genocide of the Rohingya population, a Muslim minority group in the country. International attention given to the situation in Myanmar is putting pressure on the Burmese government to account for what is happening. With one million Rohingya living in Myanmar, this example shows the continuing need to identify and prevent genocide.