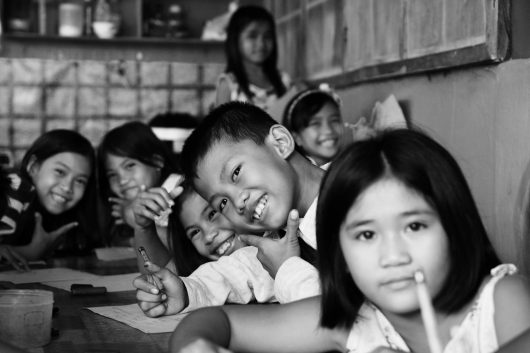 Immunization is among the most effective public health interventions available and, in recent decades, vaccines have contributed to significant reductions in the childhood disease burden globally, saving up to three million children a year.

More children than ever before now live healthy lives because of immunization. Four out of five children around the world receive vaccinations against deadly diseases like tuberculosis, polio, measles, diphtheria, tetanus and pertussis.

Coverage with the third dose of diphtheria-tetanus-pertussis vaccine (DTP3) is commonly used to measure the strength and reach of routine childhood immunization programs because this requires reaching children with the vaccines three times at appropriate intervals. Since 2010, 85 percent of the world’s children received the required three doses of DTP3 and in 2015 this figure rose to 86 percent. The results show major successes in immunization programs in many countries.

However, several countries are still lagging behind. An estimated 19.4 million children are still missing out on basic vaccines and 1.5 million of these children die each year from preventable diseases. Of the children not reached by immunization in 2015, 60 percent lived in 10 countries: Angola, the Democratic Republic of the Congo, Ethiopia, India, Indonesia, Iraq, Nigeria, Pakistan, the Philippines and Ukraine. Iraq and Ukraine entered the list due to the result of conflict on their health systems.

While national immunization coverage rates are high in most countries, there are still gaps in coverage within countries between the richest and the poorest populations. A recent WHO report found that several countries have a DTP3 coverage gap of more than 20 percentage points between poor and rich children.

In many countries, vaccine coverage varies according to geographical, socioeconomic or demographic factors of children. Children living in impoverished areas of cities or remote rural regions, as well as children of mothers with a low-level of education, are less likely to receive vaccines. Increasingly, childhood immunization efforts are being refocused to reduce inequalities that exist between countries, as well as inequalities that exist between the poorest and wealthiest populations within countries.

In 2012, the Global Vaccine Action Plan (GVAP) was approved by all 194 member states of the World Health Assembly (WHA). GVAP is a roadmap to prevent millions of deaths by 2020 through more equitable access to vaccines for people in all communities.

GVAP aims to extend immunization to everyone during the so-called Decade of Vaccines (2011-2020) by ensuring adequate resources, developing supportive health systems and infrastructure, training health workers to reach remote and marginalized populations and developing new and improved vaccines and technologies that will maximize the benefits of immunization.

Childhood immunization rates have improved greatly over the last few decades, with renewed focus on closing the remaining gap in access to vaccines between countries and within national populations.