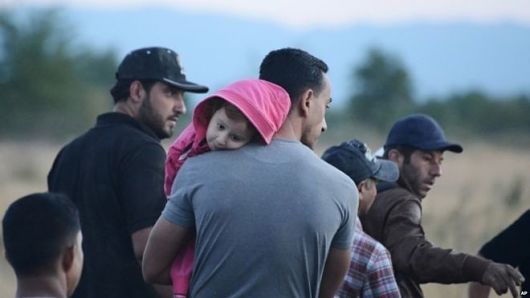 As Middle Eastern migrants travel to Western Europe, many must make the voyage across the Balkan Peninsula. Hundreds of migrants, half of whom are from Syria and Afghanistan, stop in Belgrade, Serbia as a jumping-off point into Hungary. The majority of migrants claim to be headed to Germany, while some say they plan on arriving in Sweden.

Around 500-700 people take up temporary residence in Belgrade’s parks near the city’s central transportation lines. Here, they generally wait 2 days for transport into Hungary. As they wait, they battle temperatures nearing 100 degrees Fahrenheit and a lack of supplies.

A total of 60,000 migrants have entered Serbia through Macedonia and Bulgaria during the first six months of the year though it is speculated that the numbers could indeed be higher.

Fortunately, Serbian organizations, restaurants, and people have begun distributing aid. Mikes House, a cultural and designer house, has distributed water, food and clothes. Residents of the city have also begun to gift old clothing along with water. Many simply come to speak to migrants and share stories.

Médecins Sans Frontières has also started providing general healthcare to the migrants as their journeys take a brief pause in the northern Balkans.

All of this comes at a time when Europe as a whole experiences major surges in migration due to one of history’s largest refugee crises. Germany, in particular, has had to raise its projected influx from 450,000 at the beginning of 2015 to a projected 800,000 by the end of the year.

As a contingency plan, on August 10 the European Commission approved 2.4 billion euros of aid for the next six-year period, in the hopes that it may help curb the strain many countries will be feeling as migrants begin to settle within state borders. 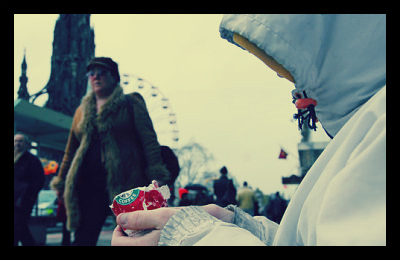 Poverty in Scotland is worse than it has been for the past 30 years. According to a Breadline Britain Poverty and Social Exclusion report, 29 percent of Scots are unable to afford three or more basic necessities for living (things like food, water, shelter, and clothing).

A spokeswoman for Glasgow University (which helped to fund the report) said: “For a significant and growing proportion of the population, living conditions and opportunities have been going backwards. Housing and heating conditions in particular have deteriorated rapidly.”

The report found that 8 percent of Scots could not afford to heat the living areas of their homes, and 16 percent of children in Scotland live in a home which is either damp or ineffectively heated. Commonly known as fuel poverty, those affected are unable to keep adequately warm at a reasonable price, and are often forced to spend more than ten percent of their household income on fuel for heating.

It is such a crucial issue that the Scottish government has sworn to eradicate it by 2016, or else risk more citizens falling into lifestyles of poverty.

Enter Knowes Housing Association: a company that decided to help fight this growing problem. 350 homes at risk of fuel poverty in the city of Clydebank were supplied with solar PV installations by Edison Energy. Also known as photovoltaic systems, the devices use solar energy to supply usable electric power for a large amount of purposes.

Part of a £2 million energy improvement program for the housing association over the next two years, the solar arrays will generate a revenue stream for the housing association through the associated feed-in-tariff payments. Local installer Edison Energy plans to offer aftercare, financing and maintenance support during the lifetime of these payments.

“In a climate of escalating uncertainty over traditional energy supplies and concern about potential price hikes, it is important to emphasize the vital role that solar PV is already playing – and will continue to play – as part of the renewable energy mix, helping to stave off the threat of fuel poverty in areas hardest hit by the challenging economic circumstances of recent years,” said Richard Rushin, a sales manager for Trina Solar, a company that supplied 4,000 pieces of equipment for the project.

KHA, Edison Energy, and Trina Solar plan to continue working together to create and maintain high-quality projects like this one, in order to help those in danger of fuel poverty in the UK.

“Our relationship with Trina Solar has allowed us to develop a sustainable energy solution using market-leading solar technologies, resulting in lower operations and maintenance costs. It is critical to our business model that we have established relationships with our supply partners to ensure that we work together to deliver a consistently high-quality product, in terms of both system performance and maintenance,” said Fraser MacKenzie, Business Development Director at Edison Energy.

The improvements are expected to deliver annual energy bill savings of £70,000.