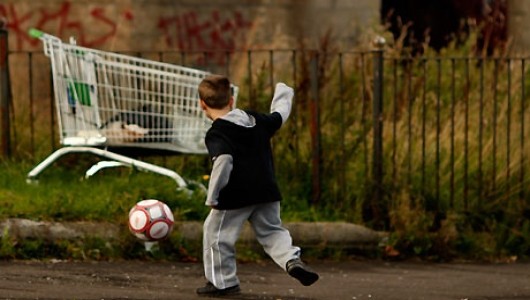 Secretary of State for Work and Pensions, Iain Duncan Smith, announced this past week that the U.K. government will be scrapping its Child Poverty Act. The act, which promised to end child poverty in the United Kingdom by 2020, is being terminated after a recent report stated that current child poverty levels are “unacceptably high.”

Smith has stated that the government will be replacing the act with new perspectives on how to view child poverty, chiefly by changing its definition altogether.

The original act defined child poverty as a child living in a household with an income below 60% of the country’s average. Smith has spoken out against this definition, calling it “deeply flawed” as well as “a poor test of whether children’s lives are genuinely improving.”

Duncan’s new plan defines child poverty by “levels of educational attainment, worklessness and addiction,” as opposed to “relative material disadvantage,” according to The Guardian.

This news prefaces a large cut in tax credits to be introduced in the July 8, 2015 budget as a means to reduce the welfare budget. These cuts make the original 2020 goal all the more unobtainable.

“We want to eradicate child poverty. This is not a departure from that proposal,” Smith said. “What we want to do is to ensure, however, that we do this by changing the long-term life chances of those who live in the poorest families.”