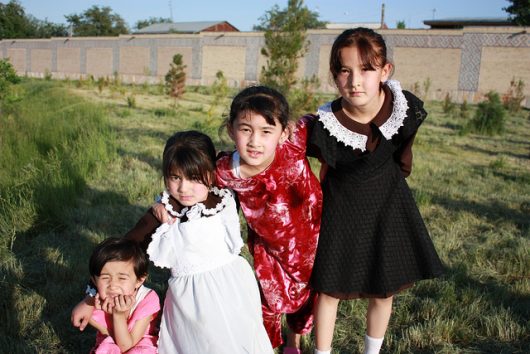 Although Uzbekistan’s economy shifted from agriculture to a service sector over a 20-year period, its higher education system was unable to adapt to this change. According to a report from the World Bank in 2013, Uzbekistan saw exceptionally low enrollment rates in its universities. However, work has been done in recent years to improve higher education in Uzbekistan.

In January of 2016, the U.N. Development Programme (UNDP) launched a program that would help Uzbekistani students and young scientists implement startup ideas and realize their entrepreneurial potential. The UNDP launched the program to utilize the potential of Uzbekistan’s higher education students. The program is three months long and teaches students how to present products and ideas to potential investors.

In April of 2017, the World Bank and Uzbekistan’s government signed a $42.2 million credit agreement for a project to modernize Uzbekistan’s higher education system and improve the quality of its labor market. The World Bank also intends to modernize Uzbekistan’s higher education laboratories, research facilities and establish a national electronic library. The project will also finance an Academic Innovation Fund that higher institutions can use for proposing new education initiatives.

In May of 2017, there were only twenty applicants per subject at Uzbekistan universities. Teachers were also reported to be greatly underpaid. Authoritative figures made plans to reform higher education in Uzbekistan, setting a goal for 18 percent more college students by the year 2020. Uzbekistan’s officials said the country also planned to raise professor salaries and hire more foreign faculty.

In October of 2017, Webster University signed a memorandum of understanding with Uzbekistan’s Ministry of Higher Education. Julian Schuster, Webster University’s provost, said Webster is committed to pursuing long-term partnerships that would benefit “our academic communities and our countries.” Schuster also said that establishing a presence in Uzbekistan implied that the university might offer its programs there.

In November of 2017, Webster University set up a branch of its institution in Uzbekistan. Sia Eng Kee, a researcher at the Management Development Institute of Singapore, said the new American campus would give Uzbekistan’s local students an alternative to their traditional Russian, European and Asian studies. Webster University will also prepare Uzbekistan’s college students for global career opportunities.

On Feb. 7, 2018, the Tashkent Chemical Technological Institute hosted a Quality Assurance Seminar in accordance with Uzbekistan’s project to further the quality of doctoral studies. Radoslaw Darski, the head of Uzbekistan’s policy, press and information sector, emphasized the project’s importance in helping Uzbekistan develop its science and higher education sector. From February 5 to 9, the project held training seminars with doctors and scientists of various universities and institutions.

On Feb. 21, 2018, Uzbekistan and Kuwait signed an agreement with the aim to establish bilateral cooperation between the countries’ higher education and science education systems. The agreement allows Uzbekistan and Kuwait to exchange students and researchers who are awarded yearly scholarships. The agreement also promotes interactions in teaching and learning the Arabic language, preserving Oriental manuscripts and cooperation in source studies.